Home » Elections 2018 » Memorandum to Shah to field Vijayendra from Varuna 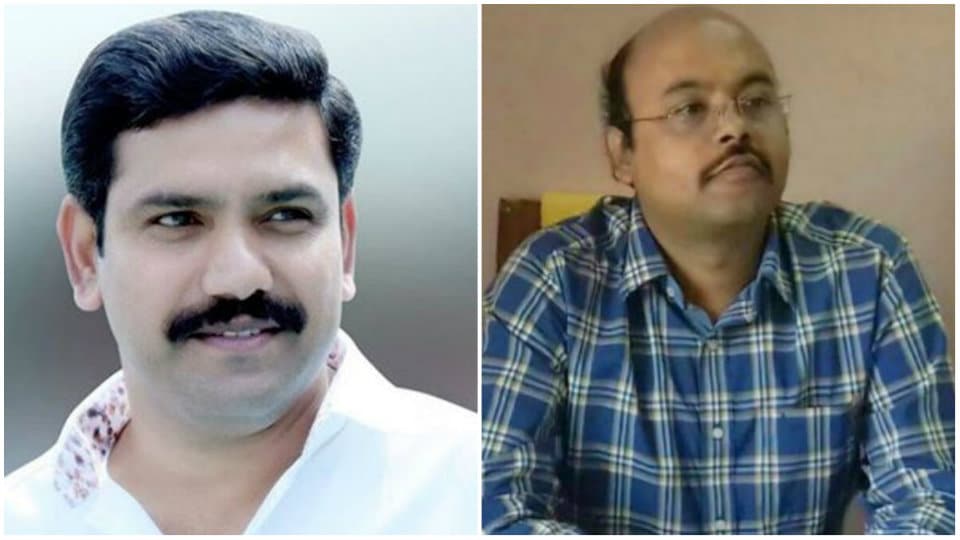 Memorandum to Shah to field Vijayendra from Varuna

Mysuru:  With Chief Minister Siddharamaiah deciding to move to Chamundeshwari constituency to accommodate his son Dr. Yathindra in the neighbouring Varuna constituency in Mysuru district, lobbying has begun in the BJP to field B.Y. Vijayendra to contest against Yathindra.

A memorandum to this effect was handed over to BJP President Amit Shah who is in the city on a two-day whirlwind tour. The memorandum was handed over by BJP Slum Morcha State  General Secretary R. Raghu Kautilya and many BJP leaders from Varuna.

Vijayendra’s name has been doing the rounds as an ideal candidate to take on Siddharamaiah and his son in Varuna. BJP leaders feel that if Vijayendra gets the BJP ticket from Varuna, it will be helpful for the party to extend influence to neighbouring Chamundeshwari too where Siddharamaiah is contesting.

The memorandum submitted to Shah stated that the BJP has improved its position in Varuna and has won four out of seven Zilla Panchayat seats and 12 Taluk Panchayat seats out of 26 seats. “People are fed up of Siddharamaiah’s politics of dividing castes and societies,” the memorandum stated.

“We have conveyed our views to the party State leaders and also to the BJP President Amit Shah. We are optimistic of a positive response. We are confident of Vijayendra’s victory as constituency has a huge presence of the Veerashaiva-Lingayat population, the solid vote bank of BJP,” sources added.

A large number of BJP leaders from Varuna including Sadananda, B.M. Ramu, L.R. Mahadevaswamy, S.C. Ashok, Guruswamy and L. Mahadevappa were present when the memorandum was given to Shah.