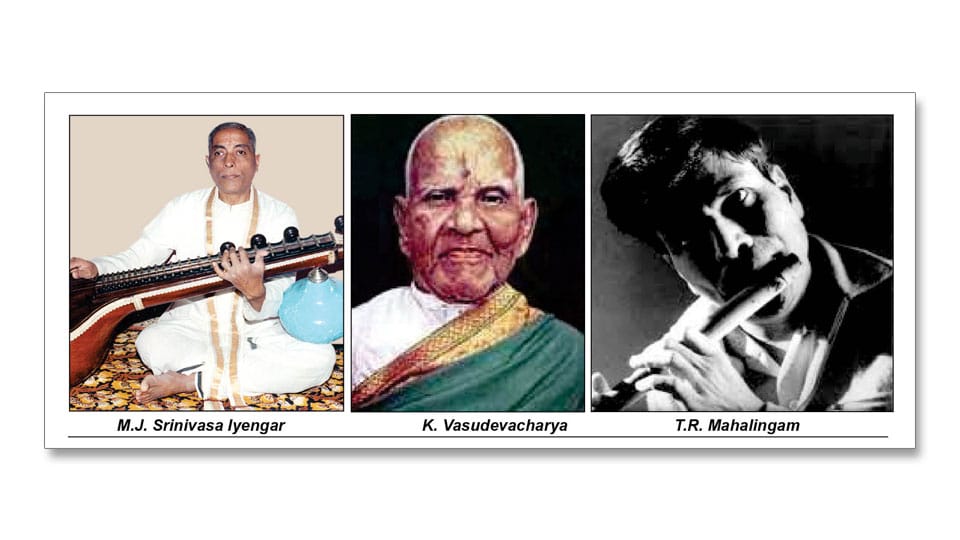 Memorial Concerts for Legendaries at Nadabrahma from tomorrow

Nadabrahma Sangeetha Sabha has organised music concerts in memory of the legendaries — M.J. Srinivasa Iyengar, Mysore K. Vasudevacharya and T.R. Mahalingam — between May 25 and May 31 at K.Vasudevacharya Bhavana on JLB Road.

MJS Endowment will be held  on May 25 and 26 with Veena Gana Sambhrama. These programmes are sponsored by the family and disciples of MJS.

M.J. Srinivasa lyengar, the Veena Maestro, was born on May 20, 1924 to Janardhana lyengar and Janakamma in a tiny village called Magge in Hassan district. He was an unsung hero but he was highly respected within the music circle. He belonged to the Veena lineage of Veene Seshanna, which was carried forth by Veena Venkatagiriyappa. He was popularly known as MJS. He imbibed the Mysore Bani style that paid more attention to exploring the possibilities of the instrument and hence the stress was more on the tantrakari aspect.

May 25 (Saturday) 6 pm: Vidu. Revathi Sadasivam will play the veena accompanied by Vid. C.Cheluvaraju on mridanga and Vid. G.S.Ramanujan on ghata. 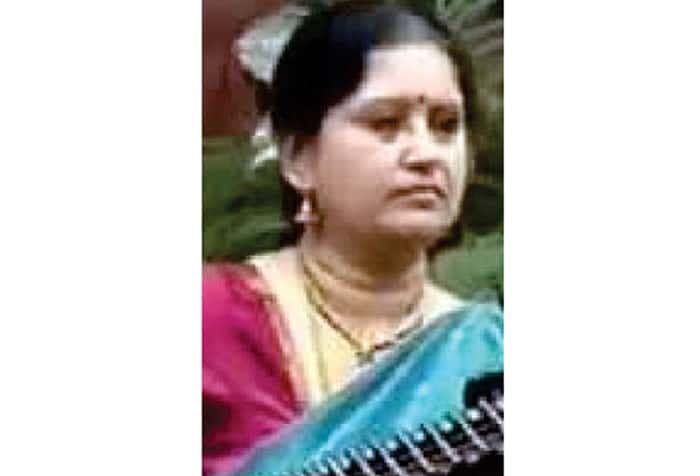 Revathi, a recognised Senior veena artiste of the State, has a B.A (Hons), B.Ed., M.Music (Madras University). She learnt vocal and veena from late  A. Anantharaman Iyer and late A. Champakavalli of Sri Guruguha Gana Vidyalaya, Kolkata, who belong to the shishya parampara of Muthuswamy Dikshitar.  She is an ‘A’ grade artiste of AIR Bengaluru.

May 26 (Sunday) 5.30 pm: Dr. R.S. Jayalakshmi along with grand-daughter C. Charulatha will perform a veena duet accompanied by Tumkur B. Ravishankar on mridanga and Sharath Kaushik on ghata. 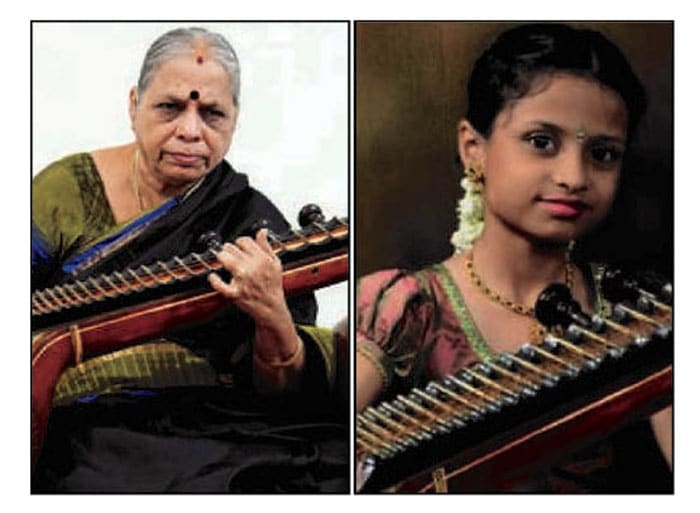 Dr. Jayalakshmi, a musician, teacher, research scholar and musicologist, learnt vocal music and also veena even as a child. She had her initial training under V. Raghavan. After a Teacher’s Training Course from The Music Academy, she underwent further training under R. Pichumani Iyer after getting a Government of India Scholarship. She also trained in padams and javalis under the legendary T. Muktha. An A Grade artiste with AIR, she is at present part of the teaching faculty of the Advanced School of Music run by The Music Academy and faculty of Haridoss Giri School of Music of Narada Gana Sabha.

Charulatha started learning veena from a very young age and at the age of 7 she participated in the 70 veena artiste troupe in Chennai for the inauguration of an international chess tournament in the presence of then Chief Minister J. Jayalalithaa. At the age of 12, she had almost 100 concerts to her credit.

Sangeeta Kalanidhi Mysore K. Vasudevacharya (May 28,1865 – May 17, 1961) was a musician and composer of Karnatak music compositions who belonged to the direct line of Thyagaraja’s disciples. His  compositions (numbering over 200) were mostly in Telugu and Sanskrit.  A recipient of Padma Bhushan, he was recognised as Abhinava Tyagaraja getting that reputation amongst the post-Trinity composers.

He is credited with two writings in Kannada, one of them an autobiography called Nenapugalu (Memories) and Na Kanda Kalavidaru (The musicians I have met) in which he wrote the biographies of many well-known musicians. He lived a simple and austere life devoted to the study of Sanskrit and Music.

The 154th birth anniversary vocal concert will be presented by Vid. N.R. Prashanth accompanied by Nalina Mohan on violin, C. Cheluvaraju on mridanga and S. Manjunath on ghata. 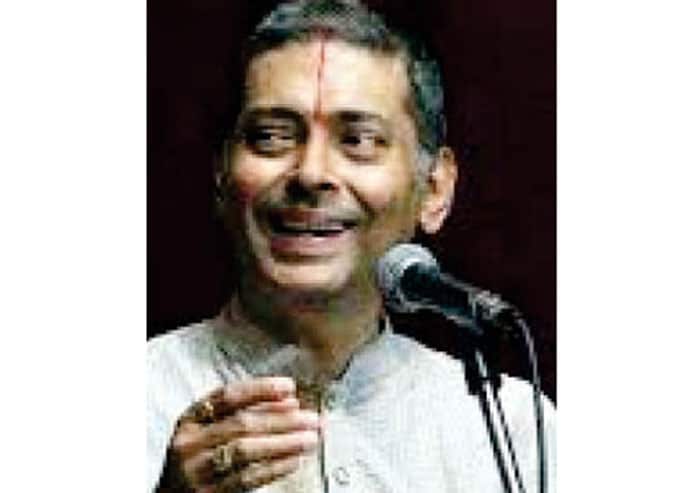 Vid. Prashanth, a frontline artiste, was born to N.K. Rama Prasanna couple in 1967. He is known for his innovative and explorative approach to creation and expression in music. Raga purity and measured use of gamakas, imaginative skills and control over laya are the hallmark of his music.

Prashanth began his tutelage under Gana Kala Bhushana Vid. R.K. Padmanabha.  For a short period, he was under the guidance of Vid. Titte Sri Krishna Iyengar, who was the Asthana Vidwan at the Mysore Palace. He continued his journey of learning from Guru Vidu. Neela Ramgopal and currently from Prof. R. Visweswaran, the doyen of Karnatak classical music.

An Engineering Graduate in Instrumentation Technology from the University of Mysore, his flair and devotion to the art has brought about the musician in him. Graded ‘B-High’ from the All India Radio, he has enthralled his audiences in several National and International forums.

Tiruvidaimarudur Ramaswamy Mahalingam (Nov.6, 1926 – May 31, 1986) affectionately known as Mali, was a flautist who revolutionised the style of flute-playing in Karnatak music. At age five, he played in 3 speeds, the viriboni varnam in Bhairavi raga entirely by himself. As a boy, Mahalingam had the ability to play any song he heard after listening to it only once. Mali was the founder of the popular style of flute playing followed today by the Karnatak flautists. Before Mali, the style of flute playing was called Sarabha Sastri style, popularised by Sarabha Sastri’s disciple Palladam Sanjiva Rao and did not have any gamakas and involved playing the flute in discrete bursts. T.R. Mahalingam had breath control that enabled him to blow any single note for over 40 seconds. This breath control let Mali give great volume to the lower octaves as well as the higher octaves. Mali introduced new fingering techniques and a grip on the flute that came to be known as the “parrot clutch or the cross-fingering style” allowing greater control.

May 29 (Wednesday) 6 pm:  Vid. M.K. Pranesh will give a flute concert with Venkatesh Josier on violin, Tumkur B. Ravishankar on mridanga and Sharath Kaushik on ghata as accompanists. 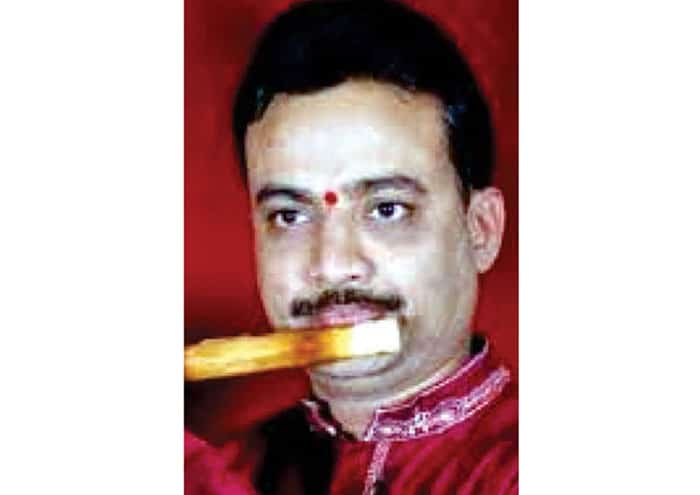 The second son of M. Krishnamurthy and M.K. Indira Bai, Pranesh exhibited an extraordinary talent in music at a tender age and could sing one of the lengthy and complicated kritis of Karnatak music, ‘Bhavayami Raghuramam’ at the age of five. His mother, a talented musician herself, nourished his musical talent by offering him initial lessons. Later on, he showed keen interest for flute and started professional training in Karnatak music at the age of seven under the tutelage of flute maestro Gana Kala Bhushana M.R. Doreswamy.

As an ‘A’ graded artiste of AIR and Doordarshan, Pranesh has been performing for almost 40 years; has composed and played for thousands of cassettes/CDs, and also for films from 1979. This concert is sponsored by Sri Tyagaraja Sangeetha Sabha, Mysuru.

May 30 (Thursday) 6 pm: Vid. L.V. Mukund will give a flute concert along with Dr. Uday Kiran on violin, H.L. Shivashankar Swamy on mridanga and C.A. Raghunandan Rao on ghata. 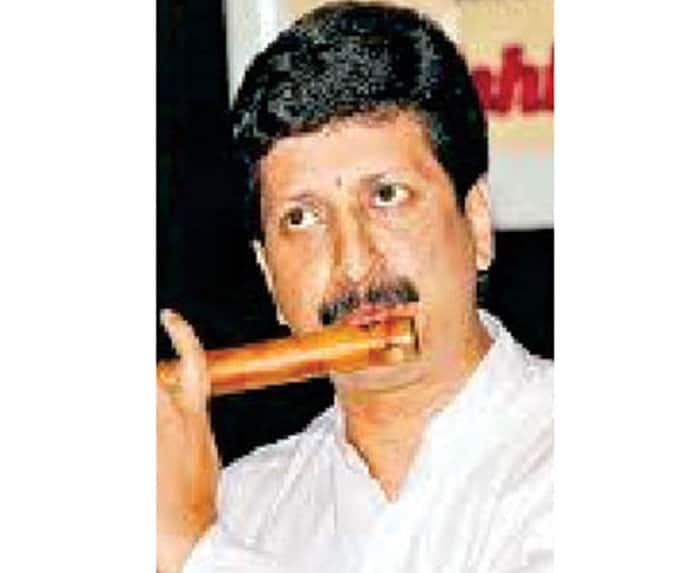 Mukund is one of the few people who migrated back to India to pursue his passion. Hailing from Belakavadi family known for their legendary works in Karnatak music and being a student of flute maestro Dr. N. Ramani, he left his IT profession and made his career in Music. Mukund is also passionate about teaching and assists his father Prof. Vijayaraghavan in running their coaching Institute at Rajajinagar, Bengaluru. This institute provides free coaching and scholarship to hard-working and dedicated students coming from underprivileged family background. Mukund teaches Mathematics and Physics for 11th and 12th grade classes.  This concert is sponsored by Sri Tyagaraja Sangeetha Sabha.

On the last day, May 31 (Friday) at 6 pm, Vid. S.A. Shashidhar will be conferred with the title VENU BRAHMA in honour of Flute Mali. Later he will pay a homage through music on flute along with his son Supradeep while Aditi Krishnaprakash will give the violin support, Sai Shiva Lakshmi Keshava on mridanga and S. Manjunath on ghata. 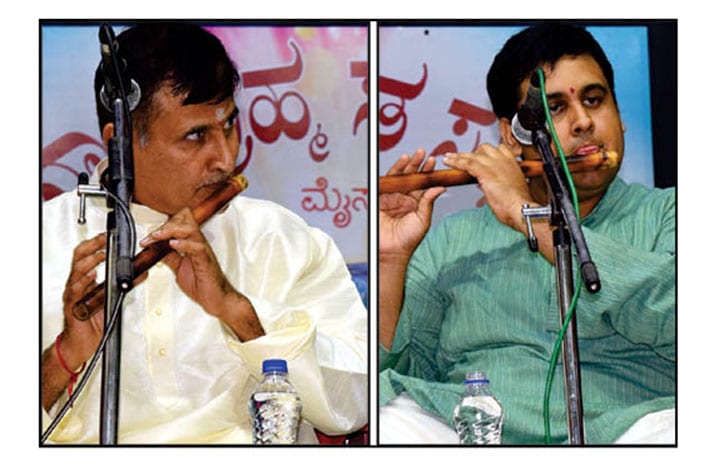 Vid. Shashidhar hails from a family of musicians. At the age of 13, inspired by his mother and maternal uncles, he started learning Karnatak classical music (flute) under Vid. M.R. Doreswamy. He has also received training under Padma Shree Dr. Ramani for some time.  Shashidhar is a graded artiste of Prasar Bharathi, Doordarshan and has been performing for the past 25 years. He has a Physics (Hons) degree and a Master’s from Bangalore University.

His wife Nagaratna Shashi-dhar is a reputed veena player. His elder son Supradeep is an upcoming flautist and his other son Sughosh Pavan is an upcoming violinist. A unique feature being that all the family members have performed together on many occasions in different sabhas.

The programme is an endowment by T.R. Mahalingam Samsmarana Vedike promoted by late A.V. Prakash.