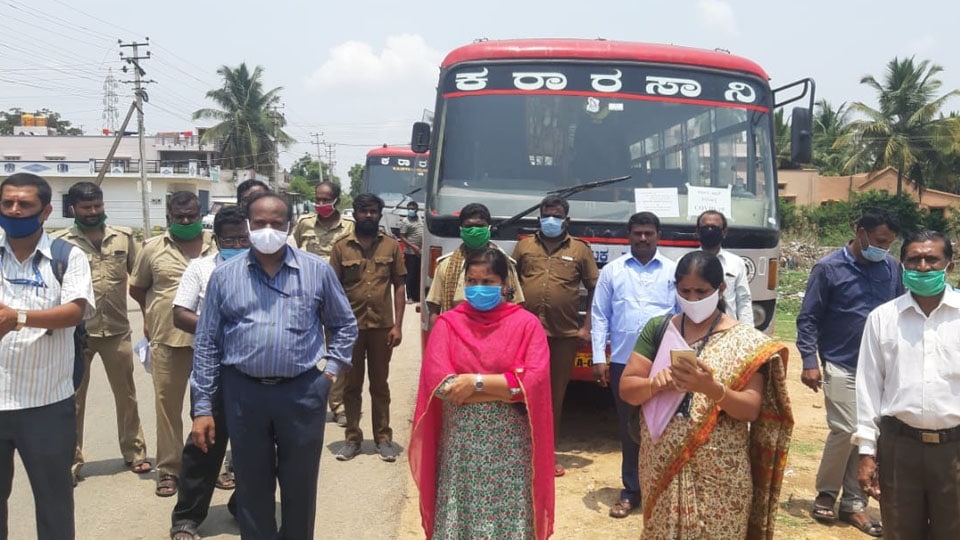 Mysore/Mysuru:  A total of 74 migrant workers in K.R. Nagar taluk of the district, most of whom were from North Karnataka, who were stranded  at their workplace due to the nationwide lockdown, returned to their native places in KSRTC buses on Sunday, thanks to the efforts of the District Administration.

With the Union Government easing lockdown curbs allowing struck migrant workers across the country to return to their native places, the State Chief Secretary T.M. Vijay Bhaskar had written a letter to all the Deputy Commissioners of the State to make arrangements for sending back stranded migrant labourers to their native places.

Following the direction, the District Administration on Sunday sent back a total of 74 migrant workers including 10 women, who were housed in Bherya BCM Hostel Shelter Camp, in four KSRTC buses.

While two buses departed for Vijayapura, one bus was meant for Koppal-Raichur and the other for Bengaluru-Kolar.

The District Administration ensured that all the departing migrant workers wore face masks and hand gloves and social distancing was followed all through the journey, with only one worker allowed to sit in a seat row.