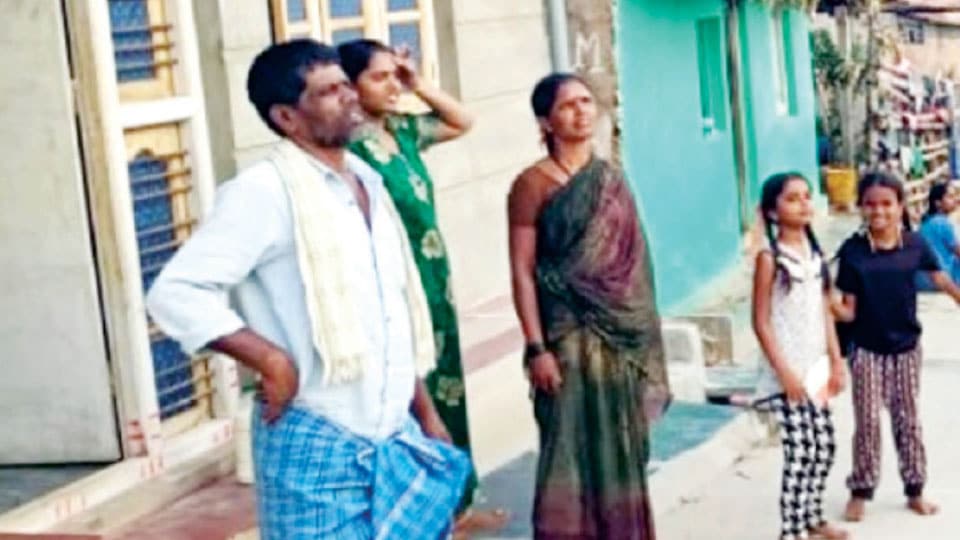 Mild tremors in parts of Mysuru, Mandya and Hassan districts

Mysore/Mysuru: Mild tremors measuring 2.6 magnitude in the Richter Scale was experienced in parts of K.R. Nagar, Hunsur and Periyapatna in Mysuru district, K.R. Pet in Mandya and Hassan last evening.

The epicentre of the tremors was traced between K.R. Nagar in Mysuru district and Arakalagud in Hassan district. Earth shook at around 5.20 pm and the shaking lasted for a few seconds, spreading panic. Cracks developed on the walls of houses and metal vessels vibrated and even fell off the shelves.

Only after the tremors subsided, villagers realised that some of the walls of their houses have been cracked. Tremors were felt at Harave, Hirikyathanahalli and surrounding areas in Hunsur taluk, parts of K.R. Pet taluk, Kalenahalli and Garudanahalli in Arakalagud taluk of Hassan.

Karnataka State Natural Disaster Monitoring Centre Scientific Officer Dr. C.N. Prabhu said that the epicentre of the mild tremor lies near Arakalagud-K.R. Nagar, as per the Richter Scale. There is no need for panic as it is very mild, he said. However, the National Centre for Meteorology and Seismology has published in its website that the intensity of the tremor was 3.2 magnitude.

Srinivas Reddy, Director of Karnataka State Natural Disaster Monitoring Centre, described the seismic activity as a “micro-tremor.” Tremors with a magnitude of less than 3 on the Richter Scale do not cause any problems.

“It happens only on account of some readjustment taking place in the crust. It may not create a big displacement,” he said.

He also ruled out the possibility of the tremors posing any threat to Krishna Raja Sagar (KRS) reservoir. “There is no need for panic,” he said.