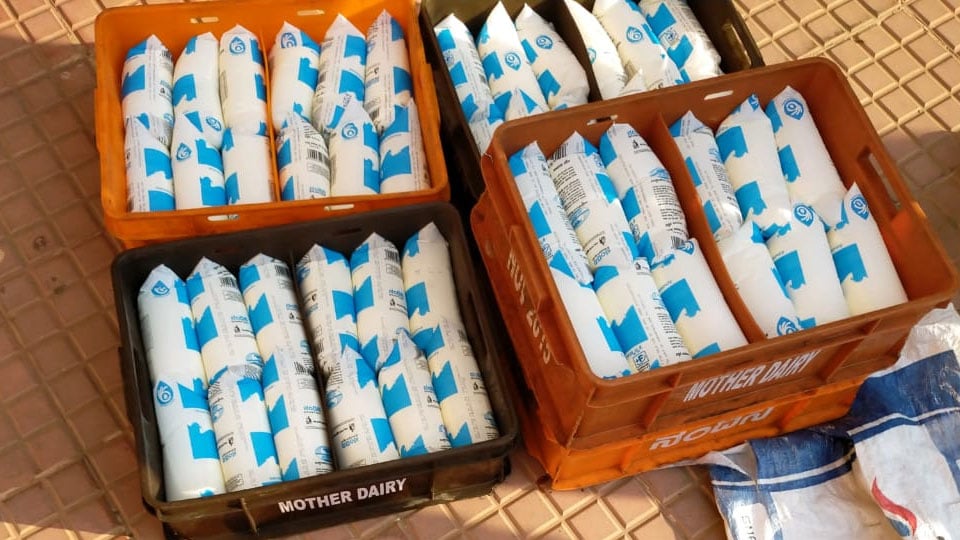 Mysore/Mysuru: The officials of the Legal Metrology Department, who raided a milk booth and a medical store near the Mandi Market last evening, have seized eight packets (one litre each) of milk meant for free distribution from the milk booth and 25 bottles (60 ml each) of fake sanitisers from the medical store.

Department Assistant Controller K.M. Mahadevaswamy, said this morning that during the inspection of the milk booth, it was found that milk meant for free distribution was being sold. Hence a case was been booked by the Department besides lodging a complaint at Mandi Police Station.

Mahadevaswamy along with Assistant Drug Controller Nagaraju, who also inspected a medical store near the milk booth, found the shop selling fake sanitiser bottles and seized 25 bottles of 60 ml each and has imposed a fine of Rs. 5,000.