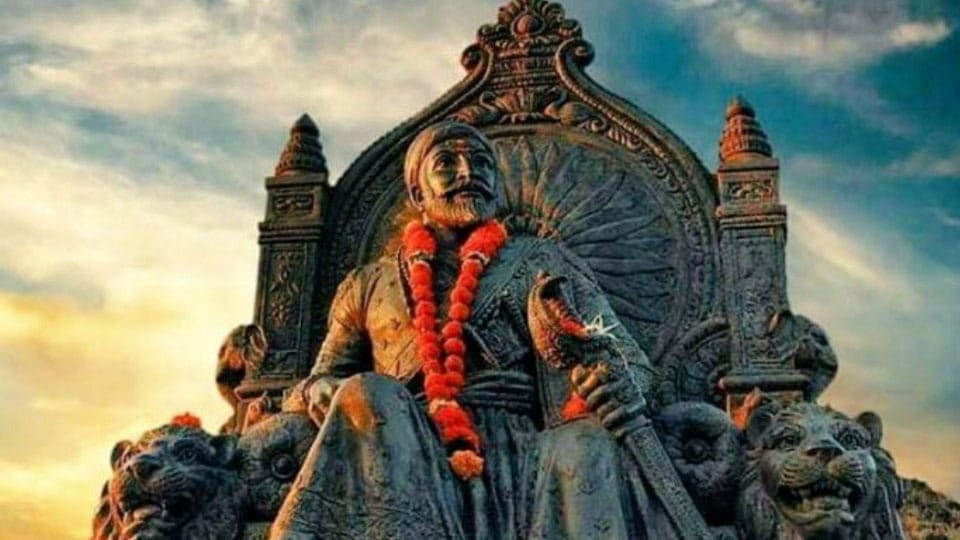 The great escape and predicament of priest Kashi !

At Mathura, Shivaji  moved around in disguise with the help of a friendly Brahmin named Kashi. Shivaji shaved his head, removed his moustache and beard, smeared his face with ashes and put on the yellow robe as a religious mendicant. He had at his waist a begging bowl and in his hand a pilgrim’s bamboo staff.

The bamboo staff had been hollowed out and Shivaji carried treasure inside this stick apparently to bribe whenever necessary. Shivaji then left his tired son behind with the Brahmin Kashi to protect him as his own son while Shivaji and his companions set out on a journey of hundreds of miles to Maratha country — Pune.

On his journey, he discovered that in every town and village the Mughal officials had announced rewards to those who helped in capturing Shivaji. In one village, he was actually captured on suspicion but after judging the Officer’s character Shivaji with his usual acumen bribed him with some jewels and the Inspector allowed Shivaji to proceed. It was then Shivaji changed his direction of journey and headed to Banaras (Kashi), the most holy place of Hindus.

The Mughal spies came to know that Shivaji was in Banaras, but here too Shivaji bribed a Brahmin who was likely to be a Mughal informant and quietly left Banaras. At last, a few months later, Shivaji reached his kingdom where his mother Jijabai was still acting as Regent. She had heard of Shivaji’s escape in August that year but nothing about his whereabouts, even after four months. It was on a December morning, a tired and weakened Shivaji in the guise of a mendicant appeared before his mother. The news of Shivaji’s return spread like lightning over the Maratha country. There were festivities and celebrations with people pouring in to get a glimpse of the King who had returned from captivity.

The Mughal Viceroy of the South, Raja Jai Singh, who stood guarantee for Shivaji’s safe return from Mughal Court in Agra did not know how to react to Shivaji’s return escaping from the Mughal prison. He knew Shivaji’s imprisonment was a breach of the safe conduct he had promised to Shivaji, but he was worried about Aurangzeb’s action in holding his son responsible for Shivaji’s escape from the prison.

Unfortunately, Raja Jai Singh was also accused of his complicity in Shivaji’s escape. There was fear and grief in the heart of Raja Jai Singh at the fag end of his long service to the Mughal Emperor.

Raja Jai Singh said, “There is no medicine against fate,” and appeared to reconcile to his fate as he awaited words from the Emperor. Indeed soon it came. Raja Jai Singh was dismissed from his post as Viceroy and ordered to go to Agra and meet the Emperor. With shame and apprehension, Raja Jai Singh travelled slowly northward to Agra. Fate seemed kind to him that he died on the way and did not have to face the Emperor. His son Ram Singh also died of Plague in Assam where he was sent by Aurangzeb.

As mentioned earlier, Shivaji, to make his journey after escaping from the prison safe,  had left his son in Mathura with a Brahmin named Kashi. Though Shivaji’s companions from Agra had arrived in Raigad, Pune, the problem of getting his son seemed very serious because Mughal soldiers were still looking for him in Mathura. Here also, Shivaji used his cunning to mislead the Mughal officials. He announced that he had received intelligence of his son Sambhaji’s death. He wept bitterly and ordered all his followers to go in for mourning. The Mughal agents were completely deceived by this show of sorrow and assumed that the news must be correct. The Mughal agents in Mathura gave up their search for Sambhaji.

Many days later, Shivaji sent his trusted officials with a letter to Brahmin Kashi at Mathura, pleading with him to bring Sambhaji to Raigad.

Accordingly, Kashi and Sambhaji, still disguised as a Brahmin boy, began their journey to Maratha country. Even when they thought that it would be a smooth passage for them to Raigad, at Ujjain they were confronted by a Mughal Police Officer who, looking at the demeanour of the young Brahmin boy, thought the boy was not priest Kashi’s son. “Is he really your son ?” the Officer asked. Kashi said yes and told the Officer that they were returning after a pilgrimage to their village.

The Mughal Officer was not convinced and wanted to test the truth of the boy being his son. The Mughal Officer asked him, “If he is really your son, let me see you both eating out of the same plate.” This indeed was an acid test for Brahmin priest Kashi because for a Brahmin to eat with a non-Brahmin (like Sambhaji) was a gross infringement of caste rules. Of course, this impure act could be atoned by expensive and wearisome penance. However, Kashi realised the Police Officer was watching his every expression and waiting for his instant answer. Intelligent  Brahmin that he was, Kashi never showed for a moment his reluctance.

He and Sambhaji sat down to eat together from the same plate. Convinced by the proof of kinship, the Mughal Police released them and they reached Raigad without further difficulties.