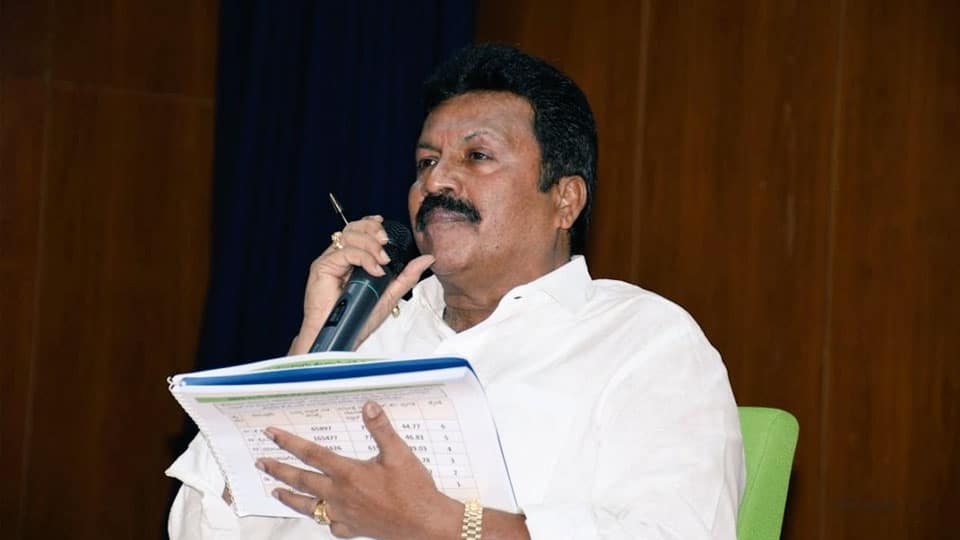 Ponnampet: Farmer leaders and politicians have demanded an apology from State Agriculture Minister B.C. Patil who said, “Farmers who commit suicide are cowards.”

Speaking at a function at Ponnampet Forestry College yesterday, Patil said, “I met a woman who was wearing gold jewels and I questioned her about it. And she said, ‘These jewels are a gift from the earth. I have worked hard in the farms for 35 years and I am able to own these.’ If a woman can earn this from farming, why are farmers committing suicide? A farmer who commits suicide is a coward. A true farmer must not commit suicide.”

He continued that farmers must instead develop mixed farming and involve themselves in animal husbandry and organic farming to earn a profitable business. He also stated that paddy cultivation alone is not providing profits to farmers and promised to take steps to provide better prices for paddy.

However, his comment on suicides has not gone down well with the farming community and leaders from other parties. “A farmer commits suicide when he feels he has lost respect in front of his wife, children, relatives, and fellow villagers,” former Chief Minister H.D. Kumaraswamy said on Twitter. Taking a dig at Patil for defecting from the Congress to the BJP, the former CM said a farmer does not change his colour like a “chameleon” for the sake of power.

He said the Minister should have gone into the subject to find why some farmers commit suicide.“No farmer wishes to end life. There are many reasons such as floods and droughts, which have not been understood and solved yet. Instead of understanding the gravity of the problem, the Minister gives such an irresponsible statement,” Ugrappa said.

Farmers’ leader Kurubur Shanthakumar said that a farmer does not commit suicide due to personal reasons. “A farmer’s suicide is often referred by the farmer community as Government-sponsored murder. A farmer suffers because of three main reasons – natural disasters, price drop for crops and untimely non supply of seed and manure. After bearing enough of these sufferings, when a farmer cannot see a way out, he commits suicide. Certain policies of the Government are provoking the farmers to commit suicide,” he added.

Meanwhile, President of Karnataka Rajya Raitha Sangha Kodihalli Chandrashekar, demanded that Patil apologise to the farmers. “I strongly condemn the statement of B.C. Patil. As an Agriculture Minister, he must look at farmer suicides in a different perspective. Instead of filling hopes, he is making foolish comments. He has disrespected farmers and he must apologise,” he demanded.