Home » News » Farmers to stage dharna in front of Vidhana Soudha on Dec. 8 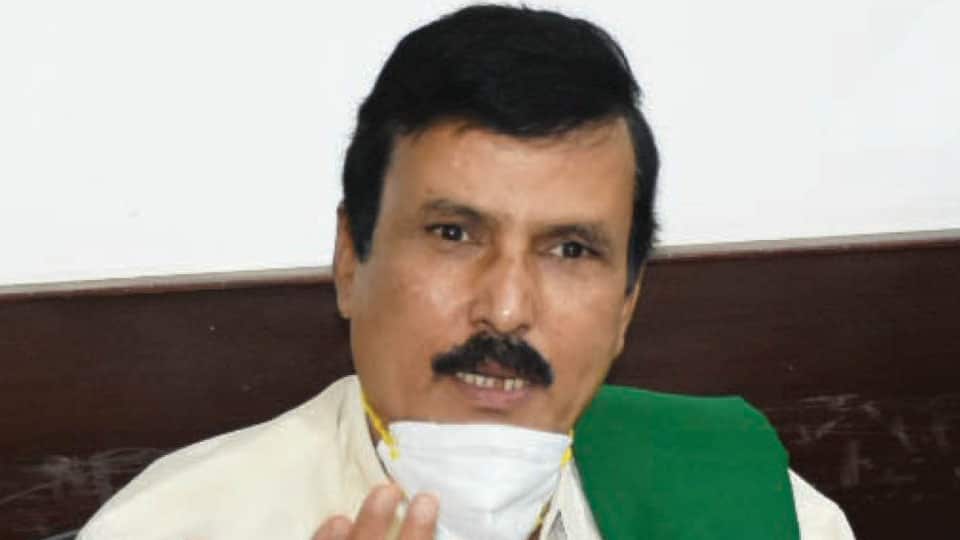 Farmers to stage dharna in front of Vidhana Soudha on Dec. 8

Mysore/Mysuru: Urging the Government for Minimum Support Price (MSP) for agriculture produce, Fair and Remunerative Price (FRP) for sugarcane and in support of farmers’ protest at Delhi, farmers will be staging a dharna in front of Vidhana Soudha at Bengaluru on Dec. 8.

Disclosing this at a press meet at Jaladarshini Guest House on Hunsur Road here recently, Karnataka State Sugarcane Growers’ Association State President Kurubur Shanthakumar said that the Centre was misleading the farmers’ agitation in Delhi and urged the Centre to take back laws which were anti-farmer.

Pointing out that farmer leaders would convene a meeting at Delhi soon to decide about the next step to be taken, Shanthakumar said that based on the decision taken at the meeting in  Delhi, the farmers here would decide on the ‘Jail Bharo’ agitation.

Stating that the State MPs were not having time to listen to farmers’ problems, Shanthakumar said that the farmers will not keep quiet if they are neglected and demanded immediate relief to farmers of Yadgir, Vijayapura and other places who lost their crops due to floods. Devaraj, Venkatesh and others were present.