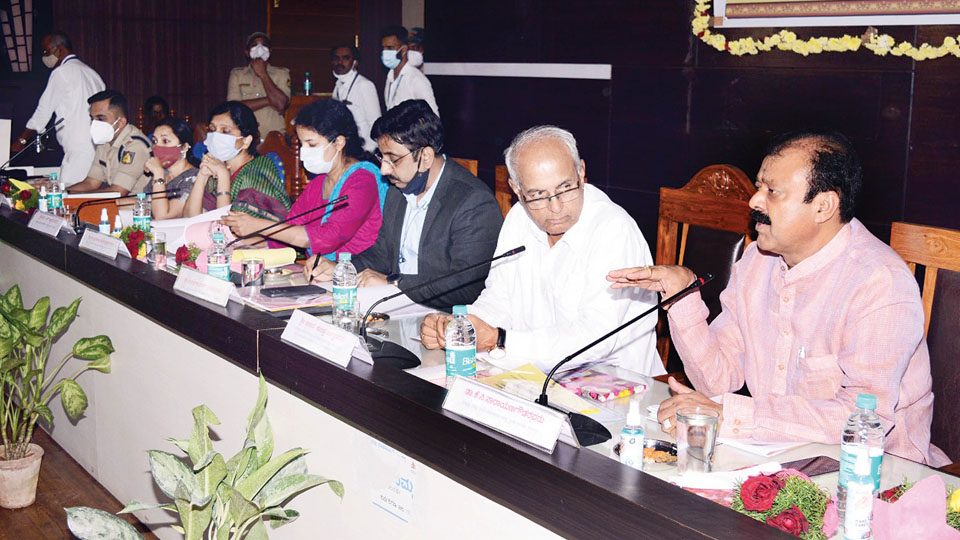 Minister directs for appropriate collection of royalty from Mine owners

Mandya: Maintaining that the Government is losing hundreds of crores of rupees due to inappropriate collection of royalty from Mine owners, Minister for Mines and Geology Halappa Achar instructed the officials to be stringent in collecting royalty from Mines. He was addressing a progress review meeting of the Department at Mandya ZP office here recently.

Soon as the meeting began, Nagamangala MLA K. Suresh Gowda wanted the Government to cancel the licence of Mines that defaulted on payment of royalty to the Government. Contending that only a few out of the hundreds of mines and quarries operating in the district were paying royalty, he said that the Government must act firmly against defaulting mine owners, no matter how influential they are.

Minister Halappa Achar after hearing the MLAs said that several elected representatives have complained to him about the Department’s failure to collect royalty. Pointing out that the Deputy Commissioner must take necessary measures for ensuring appropriate royalty collection, he said that the officials have been asked to check illegal mining and quarrying. The Minister also instructed the officials to cancel the licence of such mines which are listed as defaulters.