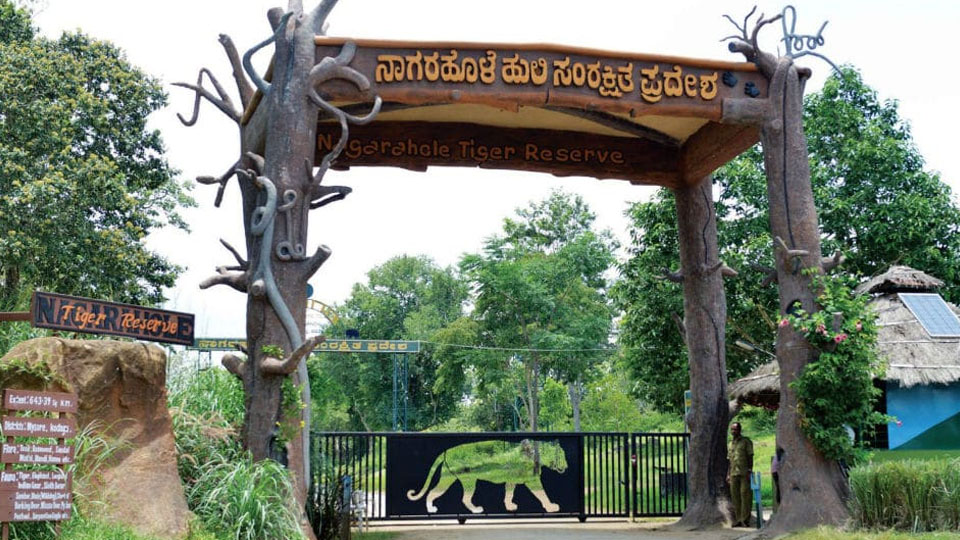 Mysore/Mysuru: Union Minister of Environment, Forest and Climate Change Prakash Javadekar has appreciated the authorities at Nagarahole Tiger Reserve for arresting all poachers who had killed an adult male tiger and had cut off its paws and also stole its canines. Even the National Tiger Conservation Authority (NTCA) has lauded the forest officials.

Tweeting their appreciation, Javadekar and NTCA authorities said that the poachers were identified and arrested in such a short span of time. The efforts and perseverance of the officials must be appreciated, they said.

It may be recalled that recently, five poachers who had shot down the five-year-old male tiger and mutilated it for its claws and canines were arrested the five men — Santosh, Shashi, Sharanu, Ranju and Raj, all residents of Nittur village near Balele in South Kodagu – were arrested after Rana, the German Shepherd sniffer dog of Bandipur Tiger Reserve, sniffed them out from their houses.

The sleuths had recovered 13 claws and two canines, along with 1.5 kg of deer meat, two bikes, double barrel guns, gun powder, ammunition and poaching tools from the accused. However, the accused claim that when they shot the tiger, it was already dead and had started to stink.

Forest officials said that this was the first time in the recent past that they have caught all the poachers in a short period of time. Such an exercise would usually take around a year and the body parts would have changed hands many times.