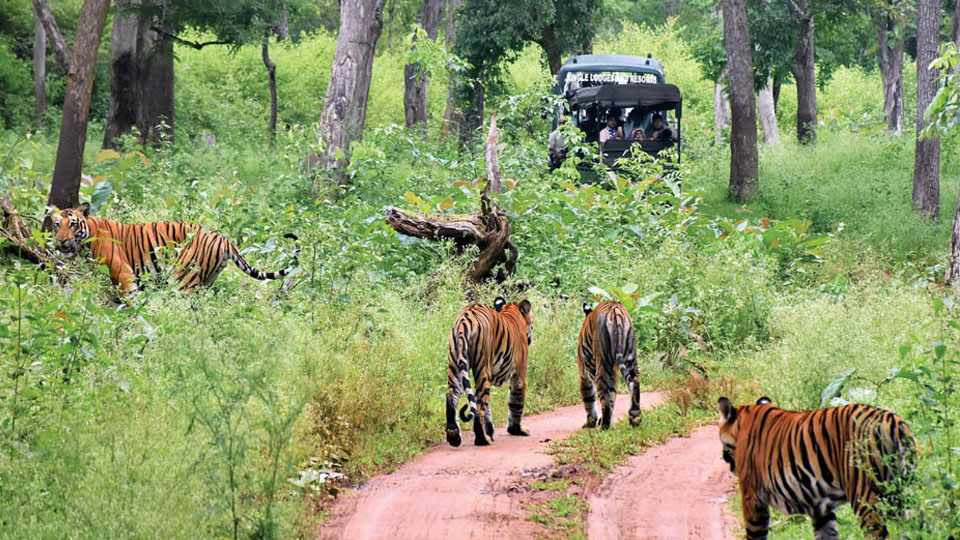 According to officials, tourists create chaos when they go on a safari by speaking loudly over the phone which disturbs the animals. Also, many instances were reported where tourists and the safari drivers make calls to other vehicles after spotting the animals, making them visit the spot and thereby disturb the animals.

From now on, tourists and drivers should hand over their cellphones to the Forest Department personnel at the designated mobile phone deposit counters before going to the safari. However, there is no restriction in the use of cameras as a separate fee has to be paid while purchasing safari tickets. The prices depend on the size of the camera lenses.

Conservator of Forest and Field Director of Bandipur Project Tiger T. Balachandra has made it clear that if anyone is found to be violating the rules, their mobile phones will be seized and a fine will be imposed. “Safari-goers are requested not to carry their mobile phones during safaris. A fine of Rs. 100 will be imposed on tourists who are caught violating the rules. Safaris inside the core areas of forest have to be observed silently. It is often seen that tourists flash  torchlight or scream while taking videos which actually disturb the wildlife,” he said.

READ ALSO  Women reach out to stray dogs during lockdown

It is said that, recently in one of the safari vehicles the visitors had spotted a tiger and  their shouts and screams disturbed the feline. Wildlife lovers had complained to the Director, who convened a meeting of drivers and the Tiger Reserve officials and directed them to ban the use of mobile phones during safaris.