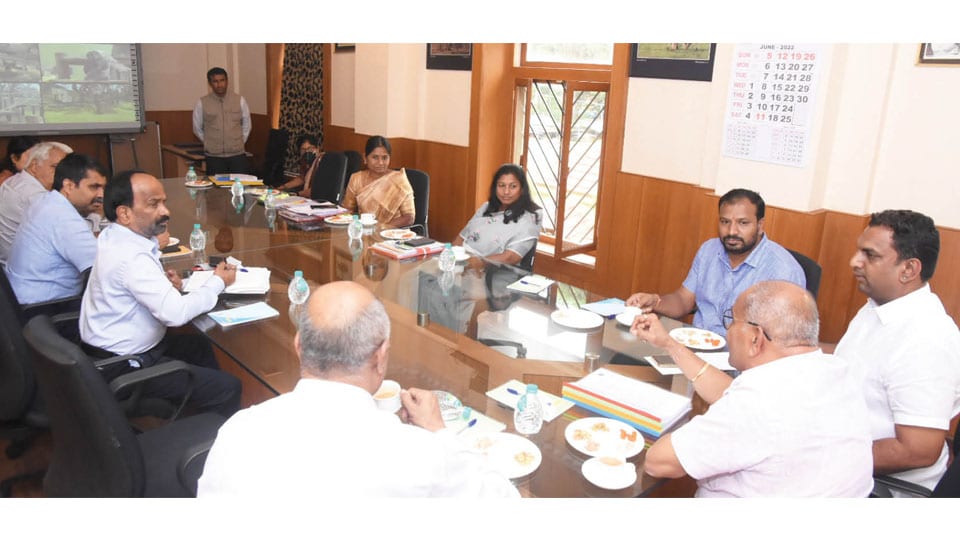 Shows interest in establishing a Zoo in North Karnataka

Mysore/Mysuru: Forest Minister Umesh V. Katti, who visited Mysuru Zoo and inspected the facilities, besides going round the Zoo yesterday, has expressed his desire of establishing a zoo in North Karnataka.

Asking the Mysuru Zoo authorities to take steps to breed more animals and birds at the Zoo and donate them to other Zoos, the Minister said that he has urged the Government on behalf of Zoo Authority of Karnataka (ZAK) to financially support Mysuru Zoo.

ZAK Chairman L.R. Mahadevaswamy said that the Zoo authorities, who briefed the Minister on the income and expenditure of the Zoo, told the Minister that the Mysuru Zoo needs Rs. 7 lakh a day for maintenance which amounts to more than Rs. 2 crore a month. This can be achieved only if 8,000 to 9,000 visitors visit the Zoo daily, the Zoo authorities added besides stating that additional revenue was being spent on maintenance of other Zoos in various districts of the State.

Mahadevaswamy said that the Minister has asked for the effective implementation of the Zoo Animal Adoption Scheme and assured of calling a meeting of various companies and get grants from their Corporate Social Responsibility (CSR) funds.

State Govt. to establish zoos in all districts

Minister Umesh Katti said that the State Government is planning to establish zoos in all the districts across the State.

“We have identified places at all the districts across the State. A proposal will be sent to the concerned department in this regard,” he said and added that the works will commence once the proposal is approved.

A  Zoo, like Mysuru Zoo will be set up near Hidkal Dam in Belagavi district and another Zoo at Chincholli, between Bidar and Kalaburgi, Minister Katti said.