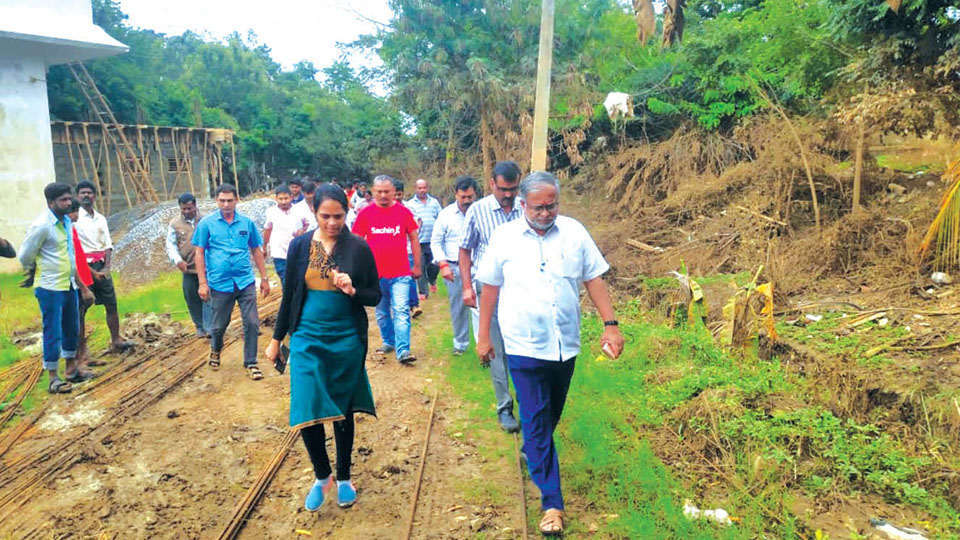 Ministers on two-day tour to assess flood damage in State

Bengaluru: Soon after inducting Ministers into his Cabinet yesterday, Chief Minister B.S. Yediyurappa has given his colleagues a tough assignment.

Yediyurappa, who conducted a Cabinet meeting after the swearing-in ceremony, assigned the jobs to his Ministers to monitor the flood situation and relief works. Each Minister, who has been assigned a district, is instructed to visit the district in person to assess the flood situation.

As a part of his assignment, Minister Suresh Kumar arrived at the flood-hit Kodagu district yesterday and visited various flood-affected areas. He is also expected to hold meetings with the officials later in the day to discuss on the damage caused and relief works taken up in the district.

Speaking to media persons, Suresh Kumar said that the State Government had already paid Rs.10,000 each to 45 lakh flood victims as an immediate relief.

Later, Suresh Kumar visited Siddapura and Nelliahudikeri to assess the damage caused by recent floods. It may be recalled that Suresh Kumar had stayed in Madikeri for a period of 15 days during last year’s flood.

Meanwhile, the Union Government has released Rs.1,024 crore towards flood relief works in the State though CM Yediyurappa had sought Rs.3,000 crore.

On Cabinet berth to Kodagu

Reacting to media persons on Kodagu being denied a Cabinet berth, Suresh Kumar said that the issue would be resolved in the next 2-3 days. However, both disgruntled MLAs, K.G. Bopaiah and M.P. Appachu Ranjan, were not present while Suresh  toured their constituencies to assess the flood situation.