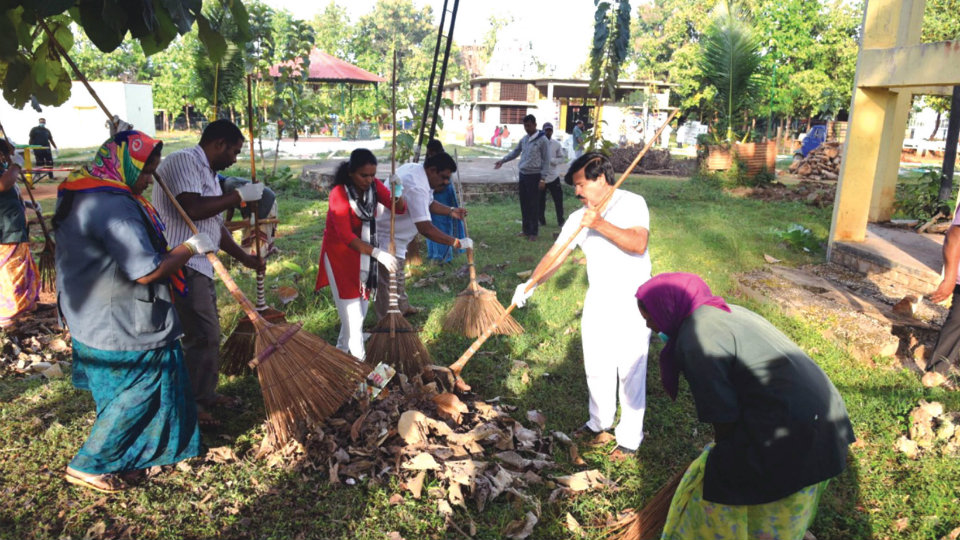 They swept various streets of BEML Nagar as part of the cleanliness drive that began with Ganapathi Temple. They also removed weeds on vacant plots.

Speaking on the occasion, Ramdas said that several Corporators in his Assembly segment have been successfully conducting Swachhata Abhiyan with the help of local organisations every Sunday between 6.30 am and 9.30 am. They are giving utmost preference to maintain cleanliness in parks besides keeping roads and other public utility places clean.

Instructions have been given to collect dried leaves and flowers at every park besides dumping them at the corner side of the park so that manure can be generated. He said that he would appeal to the MCC to depute more Pourakarmikas for largest Wards wherever there is a scarcity.

He also said, he has planned to develop his constituency as model one when it comes to waste segregation. A drive will be launched to sensitise residents on waste management at source, he added.