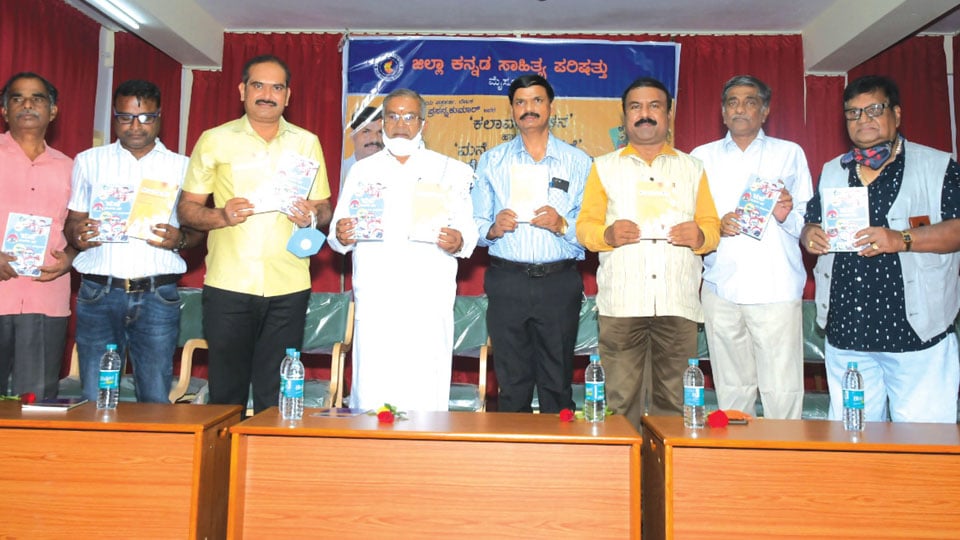 Mysore/Mysuru: Regretting that reading habits is on the decline in the society, Chamundeshwari MLA G.T. Devegowda said that people should enhance their knowledge by reading books.

He was speaking after releasing senior Journalist Amshi Prasannakumar’s works ‘Kalavalokana’ and ‘Mane-Managala Kathe’ at a programme organised by District Kannada Sahitya Parishat at Sahitya Bhavan in Vijayanagar First stage here on Wednesday.

Noting that politicians too have lost interest in reading books, G.T. Devegowda recalled an instance when veteran writer Dejagow had advised him to read books in order to understand the Constitution and thoughts of  Dr. B.R. Ambedkar.

Stating that the Executive is no different with standards declining in Bureaucracy, he said that even the Judiciary is not left alone.

Noting that most of the youths entering the field of Journalism  are lacking in professional talent and skills, the MLA said ‘Patrika Dharma’ still exists only because of journalists like Amshi Prasannakumar.

Recalling his association with Amshi Prasannakumar since the days when he (GTD) became the Mysuru APMC  Vice-President, he said that the APMC was a model to the entire State then.