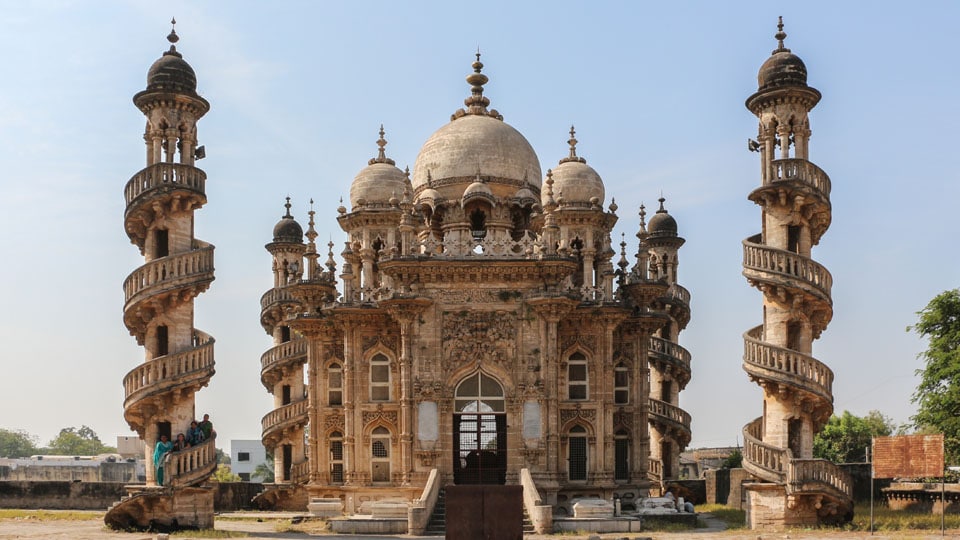 More on Junagadh’s merger with India

Anent to the feature article “India becomes a Republic: Somnath Temple in Gujarat”  by my esteemed friend Dr. C.D.Srinivas Murthy (CDS) in Star of Mysore dated 25.1.2020.

Dr. CDS says: After India’s Independence and the accession of Junagarh (Junagadh) State into Indian Union, Sardar Vallabhbhai Patel, the then Union Home Minister, pledged that Somnath should be reconstructed and restored to its original glory….

I think the multifaceted author has missed in stating an important footnote in the story of integration of Indian States.

Junagadh was an important State in the Kathiawar Region of Gujarat and it was ruled by Nawab Sir Mahabat Khan Rasulkhanji. It also had tiny independent States of Manavadar and Mangrol within its territories which also was headed by Muslim rulers. Junagadh was a maritime State with Arabian Sea on its South and Southwest borders. Karachi was just 300 miles away from its port at Veraval. This made its position unique as the only Princely State which was not land locked by either the dominion of India or any Indian State and was headed by a Muslim Ruler. Travancore and Cochin were the other Indian States with maritime borders but they were headed by Hindu rulers.

To further compound the havocs caused by the creation of two Dominions by the Indian Independence Act of 1947, Junagadh was at that time headed by Sir Shahnawaz Bhutto – a staunch Muslim league leader from Karachi as its Dewan. For the uninitiated, Sir Shahnawaz was the father of Zulfikar Ali Bhutto !

After dithering, Junagadh decided to accede to the Dominion of Pakistan on Aug. 15, 1947. Pakistan accepted the Instrument of Accession on Sept. 13 and also signed a standstill agreement. This caused unrest in the Kathiawar States of  Bhavnagar, Navanagar, Gondal etc., and also a challenge to the Indian Government which was already grappling with emerging situation in Hyderabad and Kashmir. On Nov.1, Indian Forces occupied the tiny States of Manavadar and Mangrol.

In the meantime, Nawab of Junagadh fled to Karachi along with his family, dogs, jewellery etc., leaving his Dewan to manage the chaos. The fast evolving ground situation and economic blockade forced Dewan to a virtual surrender to India on Nov.8 pending further negotiations between the two Dominions. Indian forces and administrators took over Junagadh by Nov.9 by which time even Bhutto had left for Karachi. Pakistan has never reconciled to this position even today and uses it to its advantage to its claim over Kashmir.

Sardar Patel promptly visited Junagadh on Nov. 13 and took then and there the historic decision to restore Somanath temple to its former glory. Jamsaab of Navanagar promptly gave a donation of Rs. 1 lakh and soon more donations poured in spontaneously. Though Nawab of Junagadh later made overtures to accede to India and appoint Sir Mirza Ismail as his Dewan the same was simply ignored. A referendum was held on 24.2.1948 with 190870 / 91 votes in India’s favour finally legitimised Junagadh’s merger with India.