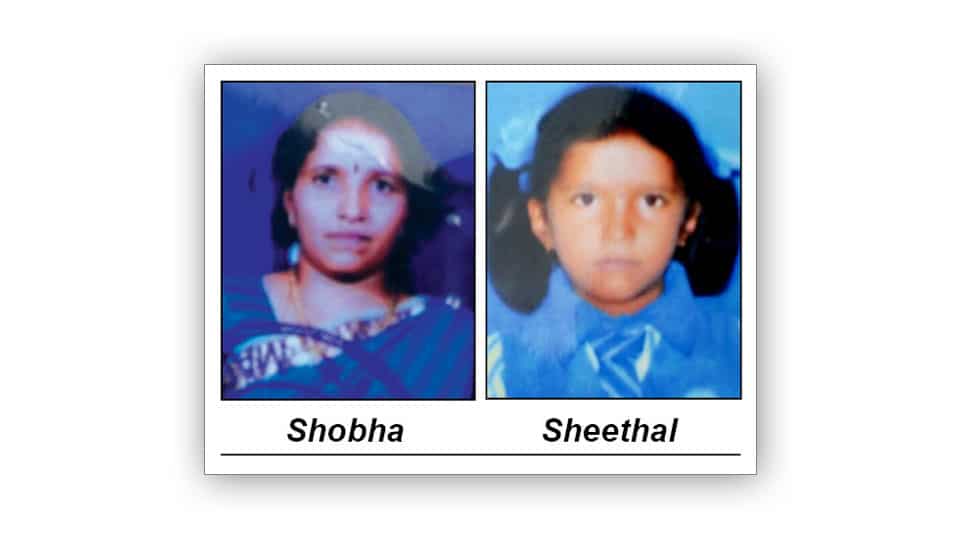 Maddur: The villagers of Hemmanahalli in Maddur taluk were in for a shock when they found the bodies of a mother and daughter floating in a Lake here this morning.

The deceased have been identified as Shobha (33) and Sheethal (9), both residents of Hemmanahalli. Police said that Shobha had tied her daughter along with her and jumped into the Lake.

Kesthur Police rushed to the spot and conducted mahazar before shifting the bodies for post-mortem.

Shobha, a native of Hulaganahalli, was married to one Ravi around 12 years back.

A case has been registered following a complaint lodged by Shobha’s mother Jayamma suspecting foul play. However, the Police are yet to ascertain the reason for Shobha taking this extreme step.