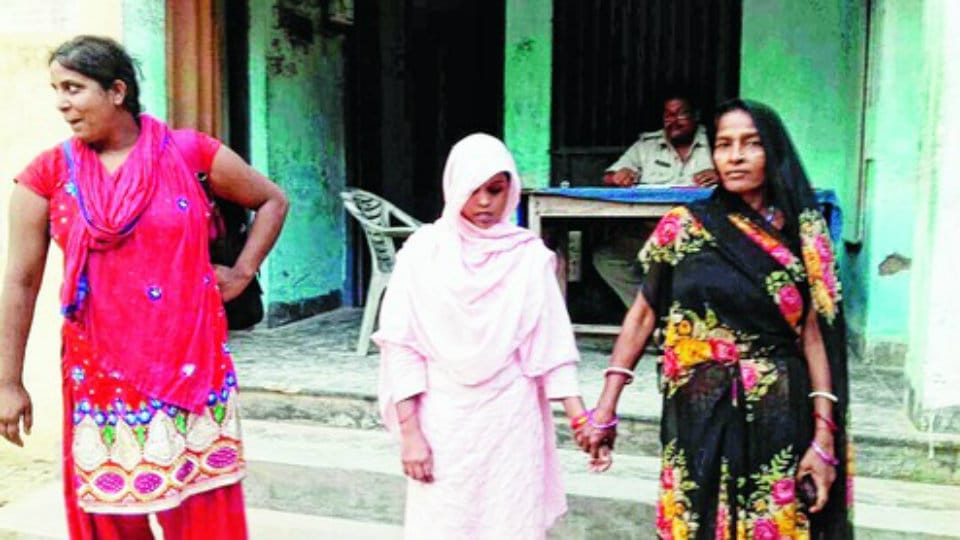 The Nirbhaya case where the innocent girl in the national capital was raped and perpetrators of the heinous crime sentenced to death, caught the attention of the whole country. However, here is a story that has surfaced of a mother using all her intelligence to trap her diabolical daughter-in-law, thus enabling her innocent son to be released from jail that warms the heart of anyone who reads it. Read on…

Patna: On Mother’s Day, it was a gift from a mother to her son who has been incarcerated on the charge of ‘killing’ his newly-wed wife.

The mother, convinced that her son was innocent, traced his son’s ‘dead wife’ to Jabalpur in Madhya Pradesh, informed the Police, gave substantial evidence of her jailed son’s innocence, and ensured the arrest of her daughter-in-law along with her paramour.

Seems to be a straight lift from a Bollywood flick, but this real-life crime story from Muzaffarpur has left many astounded.

Manoj Kumar, a resident of Muzaffarpur, was arrested by the Police in Apr. 2015, barely a year after he married one Rinki Kumari, daughter of a defence personnel.

Reason: Rinki had disappeared 11 months after her wedding and remained untraced for days. Her father Chandreshwar Prasad lodged a case of dowry death.

The girl’s family even recognised a body, found in the neighbourhood, as that of Rinki. They said they recognised the body from her clothes. The cremation followed. After an FIR was lodged in which Manoj and his parents were charged with killing Rinki for dowry, the Police arrested the accused.

“Manoj and his parents were booked under Sections 304 B (dowry death) and 201 (tampering with evidence) of the Indian Penal Code (IPC),” sources said.

She returned to Bihar to inform the cops that her son, who was behind bars for killing his wife, was actually innocent. “I told the Saraiya (in Muzaffarpur) Station House Officer (SHO) how my ‘dead bahu’ was alive and kicking. But the cop asked for more evidence. Then I met a  probationary IPS officer Santosh Mishra who sent a team to Jabalpur. Rinki and her paramour Mayur Malik were arrested   from there.”

Police sources said both of them were brought to Bihar and produced before the Sub-Divisional Judicial Magistrate on May 12.

Rinki confessed that she was in love with Malik even before her marriage and her wedding with Manoj was against her wish. Rinki and Malik have a new-  born baby.

Manoj, languishing in jail, can now expect to walk free.