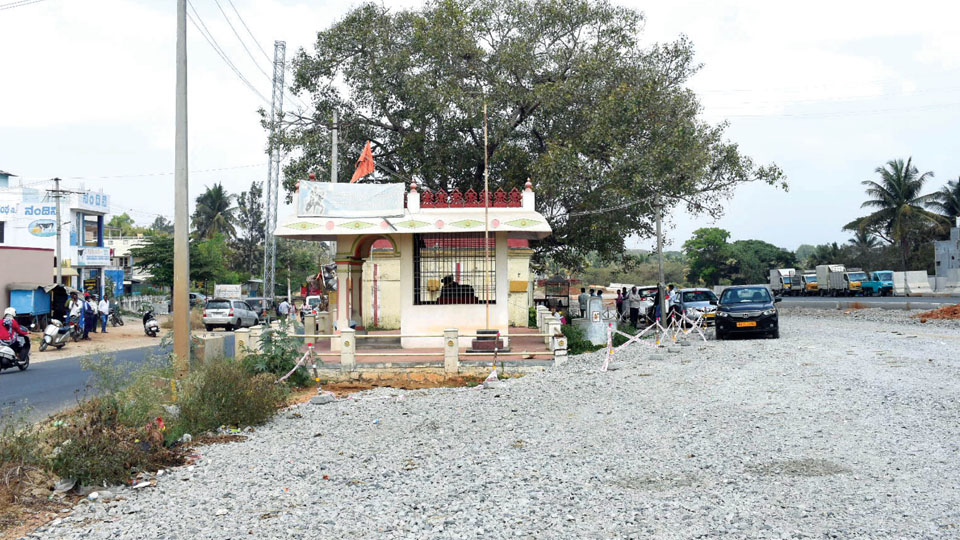 MP and MLA assure of saving Kalastawadi temple on Highway

Mysore/Mysuru: Even as the popular Anjaneya temple at Kalastawadi on Mysuru-Benglauru Highway faces the threat of demolition for Highway expansion, Mysuru-Kodagu MP Pratap Simha and Chamundeshwari MLA G.T. Devegowda have assured the villagers that the temple would be saved from demolition.

The two visited Kalastawadi after the villagers expressed apprehension that the temple would be demolished to pave way for Highway expansion, held talks with NHAI Planning Director Sridhar and other engineers on ways to save the temple.

As per the alignment for the 10-lane Mysuru-Bengaluru Highway, the centuries-old Anjaneya temple at Kalastawadi will have to be demolished for road expansion.

Maintaining that the authorities have planned to demolish the temple, the villagers demanded a change in alignment of the road, so that the temple, which was built by Vyasaraja, could be saved.

MP Simha and MLA GTD held discussions with the authorities on re-aligning the road in such a way that the temple could be saved while at the same time ensuring that road works do not hit any further bottlenecks.