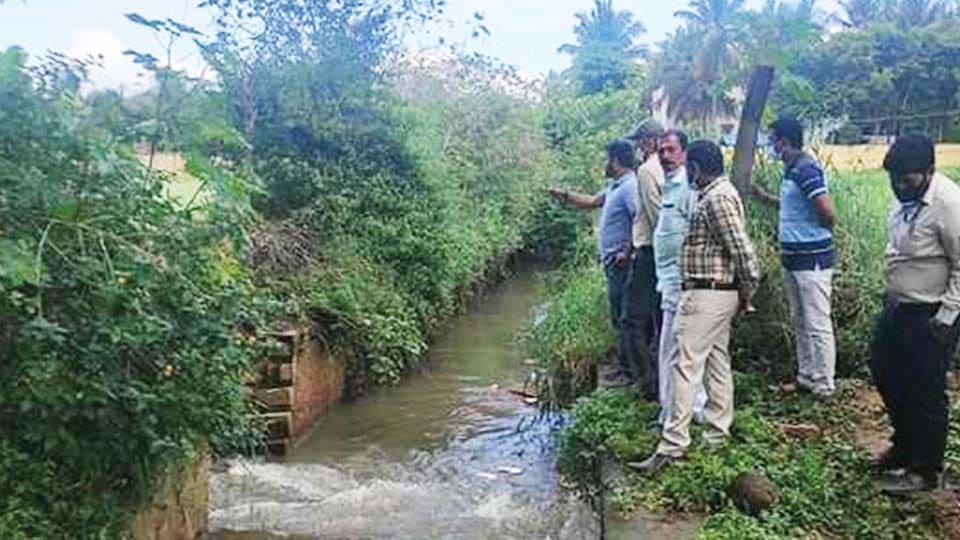 Mysuru: Even as the city’s drainage system is under severe strain due to incessant rains since the past few days, MP Pratap Simha has written a letter to Deputy Commissioner Dr. Bagadi Gautham seeking to clear Raja Kaluve and Lake encroachments in and around city.

Pointing out that he visited many areas in the city following reports of flooding, he said that he found many houses in Anandnagar, Ashraya Layout, AIISH Layout, CFTRI Layout, Bogadi Second Stage, Dattagalli and other surrounding areas inundated with water. Also, it was found that encroachments of Raja Kaluves and Lakes in the vicinity were responsible for such a flooding, he said adding that  the boundary of Bogadi, Hinkal, Lingambudhi, Rayanakere  and such other Lakes should be marked by conducting a chain survey. Chain survey will help in accurate boundary fixing and also in preventing encroachments, the MP said in the letter.