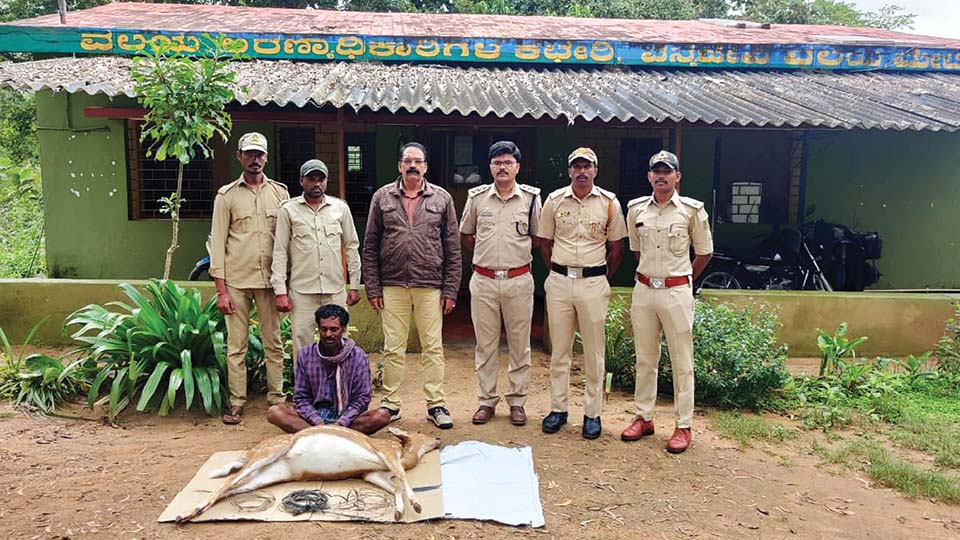 Mysuru: The Forest Department personnel have arrested a poacher for hunting a deer and have seized the deer carcass from him. The Forest staff have launched a hunt to nab two others, who are absconding.

The arrested poacher has been identified as 50-year-old Puttaswamy Gowda of Chakkodanahalli village, Kasaba hobli in H.D. Kote taluk. He killed the deer near Nettal Basaveshwara Anti-Poaching Camp in Dattahalla Beat. The Forest staff are on a look out for Puttaswamy’s accomplices 45-year-old Nagesh and 50-year-old Thimma of the same village. On inspecting the house, the Forest staff found three snares which are used to trap wild animals in the house of Nagesh and have seized them.

A case has been registered against the accused at Metikuppe Wildlife Range and Puttaswamy has been remanded to judicial custody.