Home » News » MP Sumalatha says she will not join any party 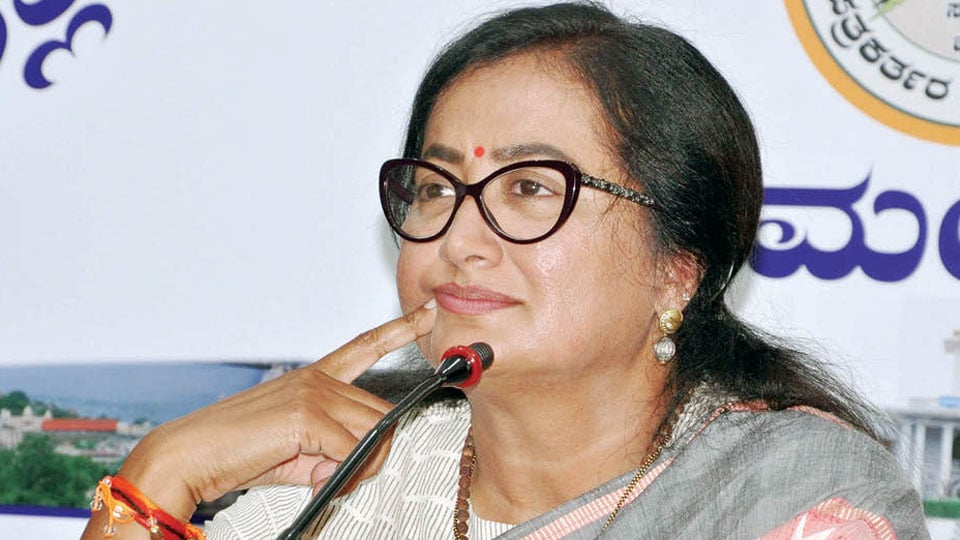 MP Sumalatha says she will not join any party

Maddur: Setting aside speculations that she would be joining the BJP, Independent MP from Mandya Sumalatha Ambarish, wife of late actor Ambarish, asserted that she had not anywhere discussed plans about joining the BJP or any other party.

Speaking at the Taluk-level health programme that was organised at Maddur on Thursday, Sumalatha clarified that she met Chief Minister Basavaraj Bommai recently to discuss developmental issues concerning Mandya LS Constituency which she represents.

Maintaining that she did not discuss politics with the CM, Sumalatha, replying to a question on Minister Dr. C.N. Ashwathnarayan extending an invitation to her, said that she was not interested in that.

Replying to a question on rumours of her supporter Induvalu Sachidananda joining the BJP, the MP said that everyone has the freedom to join any part.

Contending that there need not be any confusions regarding her political identity as she likes to be an independent, she said that she has launched a slew of developmental works, which had come to a halt due to COVID pandemic. As there was an urgent need for expedition of works, she has released money from her MP LAD funds to ensure that the works do not lag behind.

Leaders B. Vivekananda, Shilpa Shivalingu, N.K. Ramalingaiah, Mahendra, Shashi and others were present.