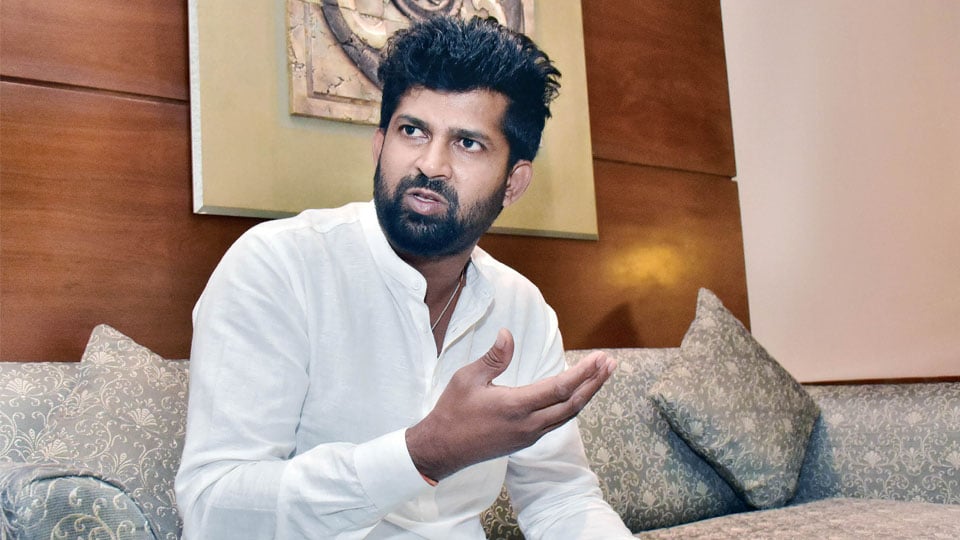 The MP reasoned that ever since Ajay Kumar Singh took over as the GM, he was a proactive officer and had initiated many projects to develop and expand the South Western Railway. “Since October 2018, I have had multiple interactions with him on issues relating to the development of rail infrastructure and improvement in passenger services in the jurisdiction of my Parliamentary Constituency. South Western Railway has achieved remarkable progress by speedily implementing a host of major capacity-building infrastructure projects,” Simha has stated.

These projects include doubling, electrification, elimination of level crossing gates and the projects have resulted in enhanced safety in train operations and higher productivity.

Ajay Kumar Singh has also devised a comprehensive action plan for executing various infrastructure projects on the South Western Railway system to realise the goals of Vision-2024 of the Ministry of Railway to surpass 2,024 metric tonnes of freight traffic by the end of 2024, Pratap Simha stated in his letter.

“His stress on responsibility and the focus on contribution at every level has been the key to effectiveness. In the backdrop of record capital expenditure of nearly Rs.3,500 crore in the current year on the South Western Railway, his continuance as General Manager should augur well for the Railways in speedy execution of all the envisioned projects,” the MP has said.

READ ALSO  Why Mysuru missed out on ‘Smart City’ tag

Among the many priority traffic facility works on Indian Railways identified for completion under the super critical or critical category is the Satellite Coaching Terminal at Naganahalli near Mysuru.

The MP has urged the Minister to consider the extension of service of Ajay Kumar Singh for at least one year within the policy framework of the Railways.