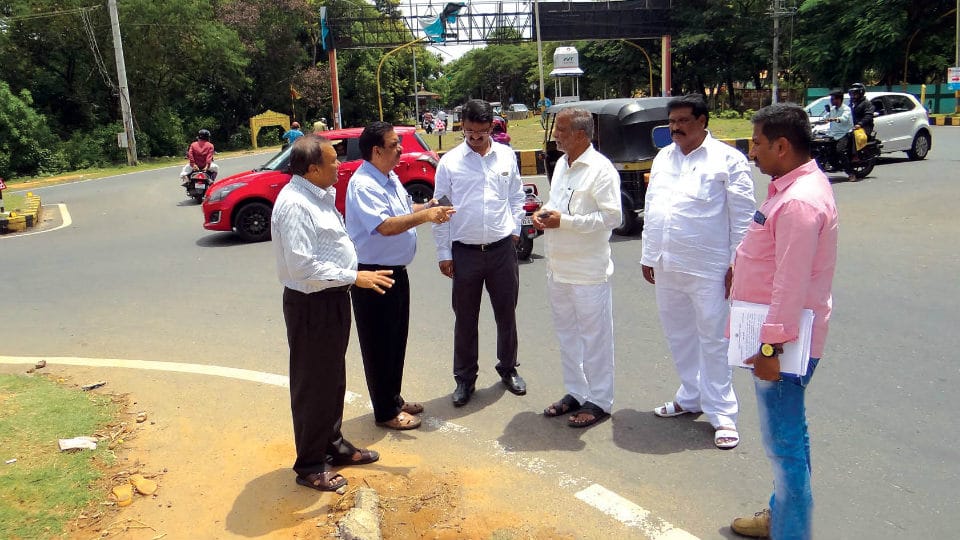 Mysuru: With Chief Minister Siddharamaiah set to launch development works of the Link Road connecting T. Narasipur road with Lalithadripura via Giridarshini Layout tomorrow (July 14), MUDA Chairman D. Dhruvakumar inspected the spot yesterday. The works have been taken up at a cost of Rs. 99 lakh.

Finding that the Layout was lacking in civic amenities, Dhruvakumar directed the officials to issue a notice in this regard to SBM Employees Housing Society, which had formed the Layout.

Later, Dhruvakumar said that he had ordered issuance of notice to the Society. As the  MUDA has taken over the park in the locality through a relinquish deed, the MUDA will develop the park, he added.