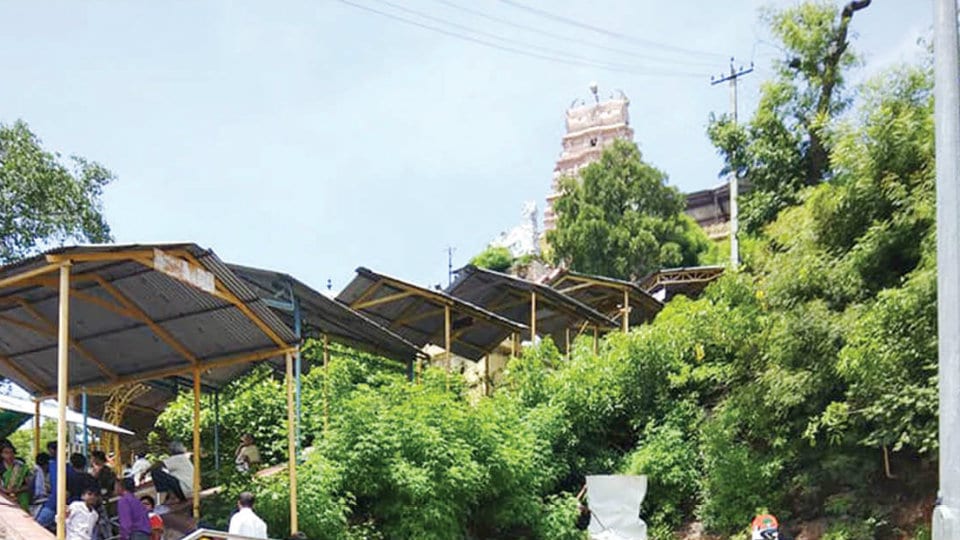 Mudukuthore, Male Mahadeshwara, Madhya Ranga temples to get a facelift

Mysuru: Chief Minister H.D. Kumaraswamy has given directions to the Mysuru District Administration to make necessary preparations to hold Panchalinga Darshana which will be held in November next year at Talakad in T. Narasipura taluk.

Besides, he has also instructed them to take up Rs.25 crore development works at the historic Mudukuthore Mallikarjunaswami Temple and surrounding areas. The works will jointly be taken up by the Public Works Department (PWD) and Tourism Department. The CM gave these directions to officials at a high-level meeting convened to discuss the development of religious places across the State at his home office ‘Krishna’ in Bengaluru on June 7.

The PWD has taken up development works worth Rs.40 crore at MM Hills including the roads connecting the temple and development of Tirupati-like steps. These works are being implemented by Male Mahadeshwara Hills Development Authority.

The State Government has been renovating the 18th century Madhya Ranganathaswamy Temple including its sanctum sanctorum, ceiling, roof and rocks on the walls at a cost of Rs.2.58 crore since last year.

The CM issued clear-cut directions to officials to expedite works on priority as a large number of devotees and tourists throng these religious spots round the year.

The DC explained that the previous Government had planned development works worth Rs.15 crore at Mudukuthore Mallikarjunaswami Temple including the construction of Rajagopura, Vimanagopura, and development of connecting roads to the temple, retaining walls, illumination and decorative works, steps, railings, construction of Dasoha Bhavan, choultry and a viewing tower at Mudukuthore Hill.

Tourism Department has initiated development works worth more than Rs.10 crore for the improvement of tourism spots in and around Talakad last year.

The Chief Minister has promised to give necessary administrative, financial and technical approvals to these multi-crore religious place development projects to be completed before the start of Talakad Panchalinga Darshana.

The temple will be built with the help of Tirumala Tirupati Devasthanams that manages the Tirumala Venkateshwara Temple at Tirumala.

He also directed the officials to take up construction of a choultry at Tirumala at the cost of Rs.26 crore.

Besides he asked officials to put up a proposal for the comprehensive development of Kengal Anjaneyaswamy Temple at a cost of Rs.21 crore.

Mudukuthore Temple is the abode of Lord Mallikarjunaswami and Goddess Bhramaramba in T. Narasipur taluk. The temples are situated on a small hillock and one has to climb more than 300 steps to reach the top.

According to legend, the Linga inside the sanctum sanctorum was installed by Sage Kapila when he was travelling towards South. Just by the side of Mallikarjuna Temple, a temple has been built for Goddess Bhramaramba, wife of Lord Mallikarjuna.

It is believed that the Goddess assumed the form of a Bhramara, which means bee in Sanskrit in order to devour a demon called Sahasraksha and hence she is called Bhramaramba. Both these temples are managed by the State Government.