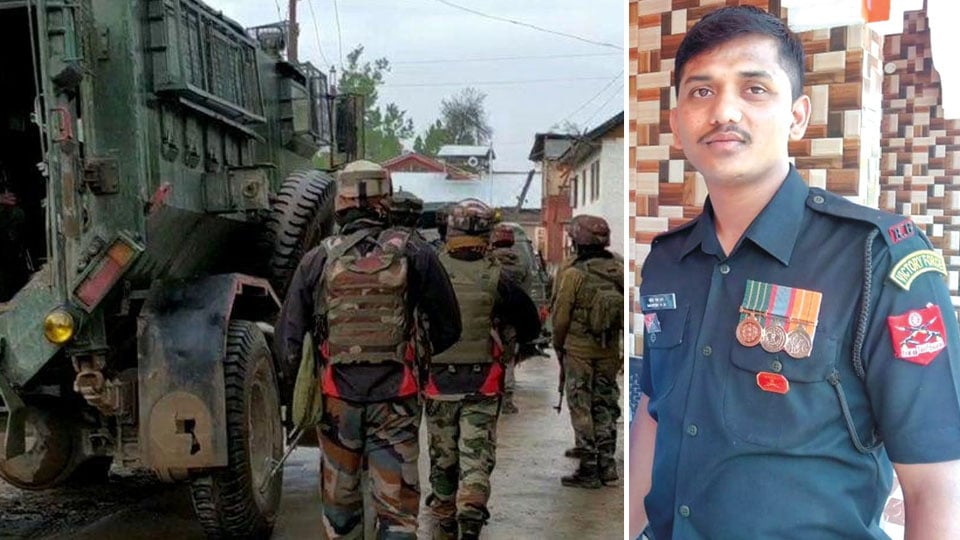 Madikeri: A Jawan from Kodagu is undergoing treatment at the Army Hospital in Chandigarh after he sustained bullet injuries in an anti-terror operation in Jammu & Kashmir on May 29.

H.N. Mahesh, a native of Ponnampet in Virajpet taluk of Kodagu district, who is serving in the 44th Rashtriya Rifles Regiment is the injured.

Mahesh, a Shaurya Chakra awardee, received bullet injuries on his face in an anti-terror operation launched by the Indian Army in Jammu & Kashmir on May 29, following which he was rushed to Chandigarh’s Army Hospital, where he is said to be out of danger. But his family at Ponnampet came to know of the incident only when Mahesh himself called his family members on June 6 to explain about the incident and about the injuries he had received.

Mahesh, who joined Army Engineering Works seven years ago, was later deputed to serve in the 44th Rashtriya Rifles Regiment in Jammu & Kashmir. His three-year service period will end on Aug.24 this year.

Mahesh was part of an Army operation to weed out terrorists in J&K and in one such operation, the  Army had closed-in on a house in Shopian, where four terrorists were said to have been hiding.

Despite his injury, Mahesh managed to walk a distance of 200mts. When he collapsed due to excessive bleeding.

Mahesh was immediately rushed in an Army helicopter to the Army Commando Hospital in Srinagar and later was shifted to Chandigarh Army Hospital, where he is out of danger.

However, the Army succeeded in blasting the house where the four terrorists were hiding and killed them.

Mahesh, in his Army career,  has gunned down a total of eight Pakistani infiltrators. He was awarded the Shaurya Chakra gallantry award by the President of India, thus earning the distinction that he was the only living soldier to have received the award in 20 years.