Home » News » Mumbai couple gets back their stolen pet dogs 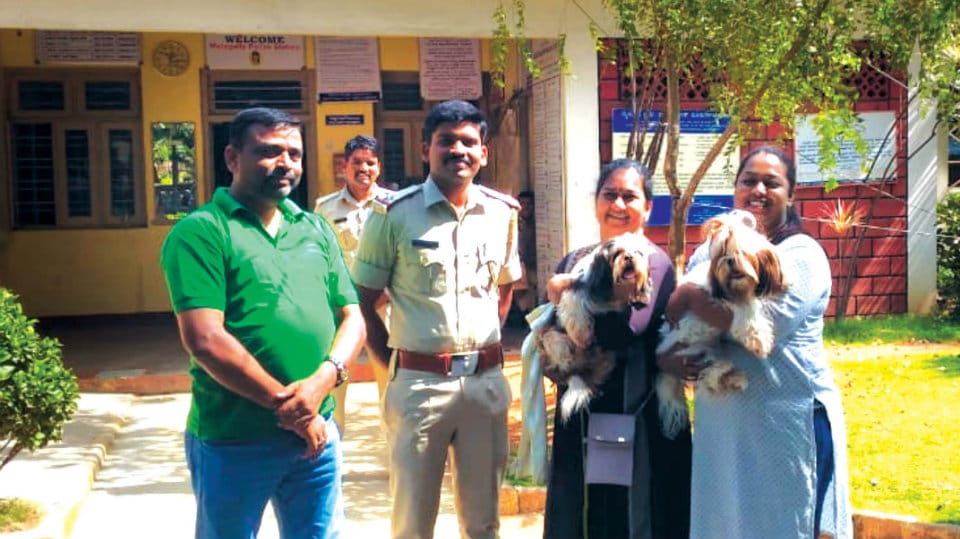 Mumbai couple gets back their stolen pet dogs

Mysuru: Metagalli Police have succeeded in tracing the two expensive ‘Shih Tzu’ breed dogs, belonging to Shruthi and Vishal Valiya of Mumbai, which were stolen by two-borne miscreants in city on Friday. A complaint had been registered at Metagalli Police Station that evening.

It may be recalled here that Star of Mysore had published a report yesterday titled ‘Mumbai couple’s pet dogs stolen in Mysuru’ about an organised gang that steals pet dogs from homes in city.

The Metagalli Police, led by Inspector Raghavendra Gowda, SI Vishwanath, ASI Ponnappa and staff set off the search for the stolen dogs yesterday and traced the dogs ­— male dog Smurfy and female dog Coral — at a breeding kennel owned by one Kautilya at Mogarahalli Manti on KRS Road.

On enquiry, Kautilya told the Police that two persons had sold the dogs to him for Rs. 5,000 and added that he had no information about two persons.

The dogs were returned to the couple this morning at Metagalli Police Station who immensely thanked the swift action by the Police.

Speaking to Star of Mysore Vishal and Shruthi expressed happiness in getting back their loved pets so fast after lodging a complaint.