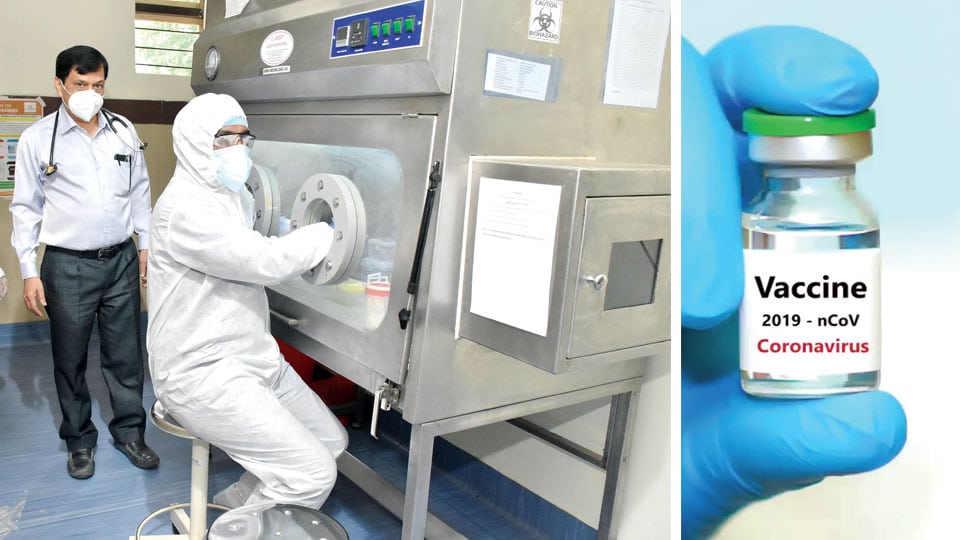 First priority must be to vaccinate some people in all countries, rather than all people in some countries

Vaccine is defined as a substance used to stimulate the production of antibodies and provide immunity against one or several diseases, prepared from the causative agent of a disease, its products, or a synthetic substitute, treated to act as an antigen without inducing the disease.

The first vaccine in history is the smallpox vaccine. Edward Jenner, a rural medical practitioner, observed that children who had cowpox were immune to smallpox. In 1796, he started injecting children with cowpox to protect them against smallpox, and thus the science of vaccination was born. Thanks to universal vaccination, this once deadly disease which caused many pandemics in history and decimated large populations, has been eliminated from the world, and present day children are no longer vaccinated against smallpox.

Edward Jenner has been rightly called the Father of Vaccines. Now we have vaccines against many dreaded diseases like Tuberculosis, Polio, Cholera, Measles, Mumps, Ebola etc., and thanks to many of these preventive vaccines, the present generation of children lead very healthy lives.

It is nearly a year since the first cases of covid-19 were reported from Wuhan City in China. Since then covid has become a dreaded pandemic affecting millions all over the world and nearly a million people have died in the world from this disease. It looks like this  pandemic may become endemic and go on  for one or two years or even more.

This highly contagious disease has devastated and shrunk the world economy.

Hence, it is natural that there has been a race to produce a vaccine for the prevention of its spread and save lives.

Vaccine research work began in January with the deciphering of the SARS-CoV-2 genome. The first vaccine safety trials in humans started in March. Many countries are trying to produce a vaccine, and as of now there are nearly one hundred vaccines being developed all over the world. Historically,  it has  taken between two to ten years to do research and develop a vaccine to be made available for universal use. But due to the urgency of the severe spread of the disease and consequent loss of lives, there is a dire need of a vaccine. Modern scientific advances have helped.  Many research institutions and vaccine producing companies have been able to develop these in the short span of the last 10 months, and of these a few vaccines are in late stage clinical trials.

A vaccine mimics a natural infection, induces immune responses and protects from future infections. Generally there are four types of vaccines. Some vaccines use the whole Coronavirus, but in a killed or weakened state. Others use only part of the virus — whether a protein or a fragment. Some transfer the Coronavirus proteins into a different virus that is unlikely to cause disease or even incapable of it. Finally, some vaccines under development rely on deploying pieces of the Coronavirus’ genetic material, so our cells can temporarily make the Coronavirus proteins needed to stimulate our immune systems.

READ ALSO  The need for a more Dynamic Lockdown !

Development of a vaccine is a long and very complex process. Before its release for public use,  it has to go through various stages of clinical trials to ensure the efficacy and safety of its use. The phase one trials consist of pre-clinical studies (namely, before being tested on humans), on cell cultures, mice and monkeys. Usually, this phase takes about 6 months to 2 years.

After the first stage, the developing institution approaches the drug regulator of the country (example: FDA in USA) with all the data for further trials. After permission of the authority the phase two trials are launched. This phase  is a randomised controlled trial with a placebo group. A placebo is a substance that has no therapeutic effect, but is used as a control in testing new drugs. This is done to assess whether the vaccine is safe and whether there is an immune response, and to determine the dose and the immunisation schedule.

When the phase two trials are satisfactory and there are no major side effects, the vaccine will go for phase three trials. In this phase, the vaccine is used on a large number of volunteers, 20,000 to 40,000 people. Also in this phase, the safety profile, the immune response, the duration and the length of protection of the vaccine are evaluated.

COVAXIN is India’s indigenous COVID-19 vaccine which Bharat Biotech is developing in collaboration with the Indian Council of Medical Research (ICMR) and National Institute of Virology (NIV). This indigenous, inactivated vaccine is being developed and manufactured in Bharat Biotech’s BSL-3 (Biosafety Level 3) high containment facility. Recently it has been approved for phase three trials by ICMR.

ZYCOV-D  is another Indian vaccine being developed by Zydus Cadila. It is a plasmid DNA vaccine and  Zydus has commenced Phase II trial.

Covishield is the Indian name for a vaccine being developed by Oxford University in association with the pharma giant AstraZeneca. This Oxford-AstraZeneca vaccine is expected to be one of the first from international pharma giants to secure regulatory approval. The news that older people get an immune response from this vaccine is very encouraging because the immune system weakens with age and older people are those most at risk of dying from the virus.

Oxford and AstraZeneca have licensed the Serum Institute of India (SII) to manufacture this vaccine in India.  SII and ICMR are jointly conducting a Phase II and III, Observer-Blind, Randomized, Controlled Study to Determine the Safety and Immunogenicity of Covishield vaccine.

It is a matter of pride for Mysureans that JSS Hospital and Medical College (JSS Academy of Higher Education and Research) in our city is one of the few advanced medical centres in India that has been selected by ICMR for conducting trials of this vaccine.

Pfizer, Johnson and Johnson, Novavox and Moderna are some of the pharma majors whose vaccines are in advanced trials in the USA. Till now five or six vaccines in phase three trials are likely to be available for universal use in 6 to 18 months. But even when the vaccines are available, there are many logistical hurdles. If everyone in the world has to be vaccinated, eight billion doses are required. They require investment for vaccine production and ancillaries like packaging material, glass vials and syringes and the cold chain, and require hundreds of billions of dollars investment worldwide. As the vaccine becomes available, every nation has to have a policy of its equitable distribution, irrespective of financial status. Every country has to define a policy as to who will get the vaccine first. The World Health Organisation has not yet issued guidelines for this purpose.

In the coming months, we all hope to have good news about a vaccine for COVID-19. But if and when we have an effective vaccine, we must also use it effectively. In time, as production increases, we want all people everywhere to have access to vaccines. But initially, when supply is limited, priority must be given to vaccinating essential workers and those most at risk — including older people and those with underlying conditions. In other words, the first priority must be to vaccinate some people in all countries, rather than all people in some countries.

Let us hope and pray there will be a vaccine soon to deliver us from this killer disease of Covid-19.

3 COMMENTS ON THIS POST To “Musings on COVID-19 Vaccine”