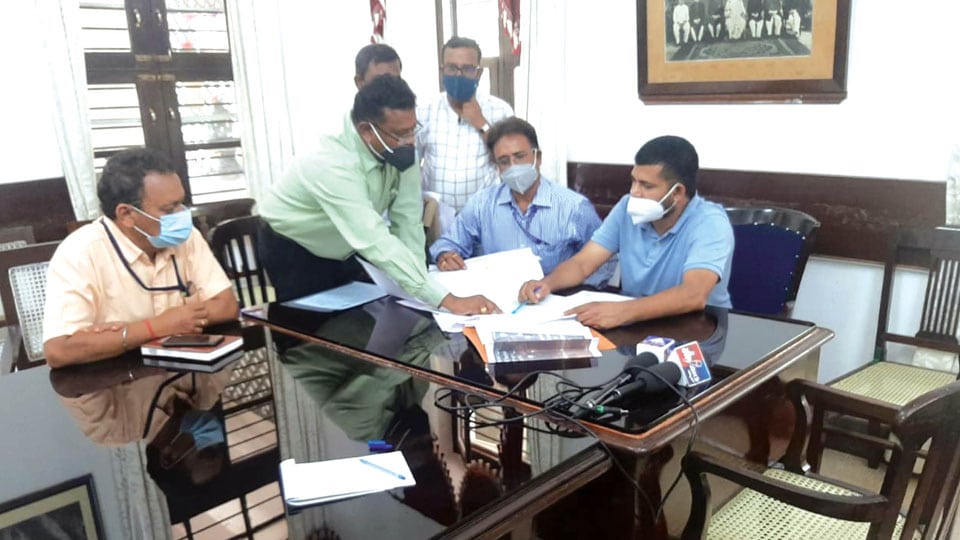 Mysore/Mysuru: Mysuru-Kodagu MP Pratap Simha has asked the officials from the Karnataka Industrial Area Development Board (KIADB) to speed up the land acquisition process to facilitate the building of a 500 metre-600 metre long tunnel or underpass near the Mysore Airport at Mandakalli and to facilitate the extension of runway to 2,750 metres.

An additional 240 acres of land is required for the purpose and all processes have to be speeded up to acquire the land by paying compensation to the landholders at the earliest, the MP told officers at a meeting organised at Jaladarshini Guest House on Monday.

At present, the Airport has a single runway of 1,740 metres in length which is only suitable for ATR planes providing short-haul flight operations. The existing airport is spread over 507 acres and under the expansion project, the length of the runway will be increased to 2,750 metres and 45 metres width that allows jet aircraft such as Boeing 737 and Airbus A320 to land at Mysore Airport.

The MP noted that the runway expansion project was mooted 10 years ago and of the 240 acres of land required for the project, the KIADB has given final notification for acquisition of 160 acres. But as per the rates, each acre has to be paid a compensation of Rs. 1.5 crore for the land owners. The process has been stuck as the State Government is yet to release funds for the same.

READ ALSO  Dumping your trash slyly on Ring Road?: 75 CCTV cameras to watch you, catch you

He told the officers that he has met the Chief Minister a couple of times urging him to release funds. The CM has assured the MP that he would release funds after Ugadi festival and asked the KIADB officers to follow up the matter with CM’s Office. Over 1,500 crore is required for the project and once the land acquisition is complete, he would get the funds released from the Centre, the MP assured.

The expansion of the Airport is dependent on extending the runway which in turn depends on the 500-metre to 600-metre-long underpass that will be built on Mysuru-Nanjangud Highway. This is because the alignment of the runway and the Highway bisect each other. The underpass idea was mooted as the road diversion was an expensive proposition. Once the underpass is constructed, the Highway will pass below the extended runway, the MP noted.

The underpass will be constructed by the National Highways Authority of India (NHAI) and the project cost of Rs. 700 crore has also been factored in the cost of the underpass. The Bureau of Civil Aviation Security (BCAS) has already given the security clearance for the underpass, he added.