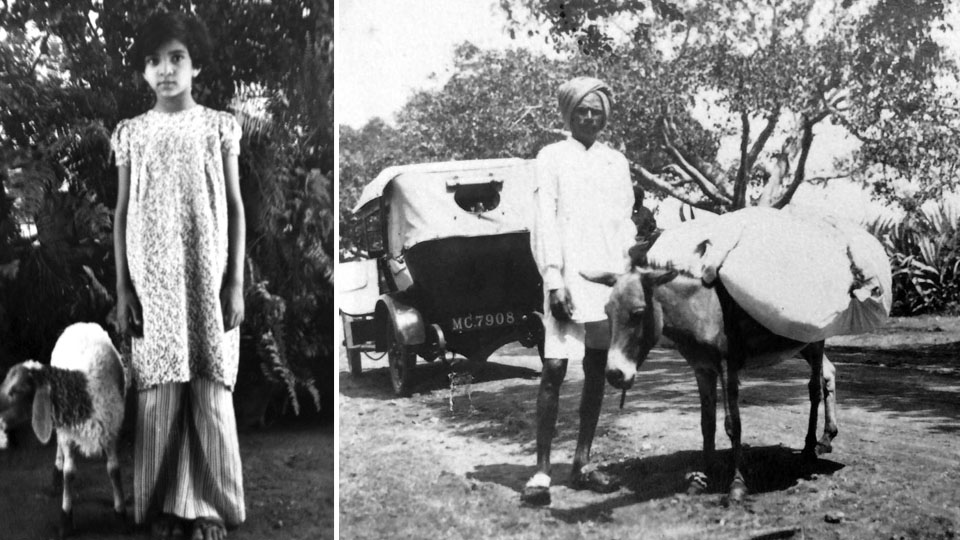 Star of Mysore recently carried two touching stories about pets. I recall an unusual one from my childhood. In the early 1940s, after an illness, I was kept at home. Our Railway bungalow had a large garden. A lonely child, I wanted a pet for company. Dogs were vetoed because the family dog, Veera, had menaced visitors and tradesmen but ingratiated himself with dubious strangers. In my English book, I saw a picture of a golden-haired girl with a fleecy white lamb, in a garden of hollyhocks and bluebells. I wistfully told my mother that I too would like such a pet.

To my surprise, she agreed and asked Thimmanna, the gardener, who had village contacts, to get one for me. When the “lamb” arrived, it was a fully grown animal with brown, shaggy wool. To my mother this was the ideal pet; it did not enter the house, carried no infectious diseases and needed no inoculations. Named Kuri [sheep in Kannada], he could not gambol like the lamb in my picture book. He had a passion for bread, all but knocking me over in eagerness for the treat, when I called out “Kuri, Bread!” His absence was noticed only when there was no response to repeated offers of bread. Alarmed searches began; but to no avail. Everyone guessed his fate but I was told that Kuri was homesick and had gone back to the village. 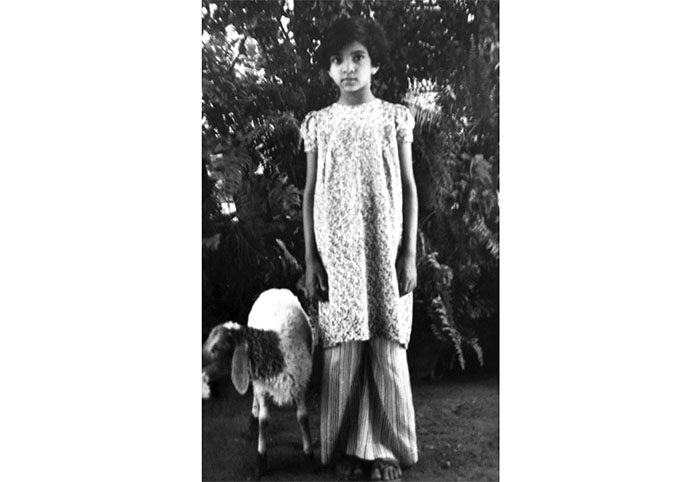 In later years my husband, an Indian diplomat, and I were posted abroad to places with strict quarantine regulations. We were sent to London in 1970. The High Commissioner and Deputy High Commissioner had their official Residences. Other officials found their own accommodation.

We started house-hunting. I was charmed by a cottage owned by two old ladies. A pear tree bloomed in the garden. However, the address “No 23, Dog’s Lane, Neasden, London,” was thought unsuitable for diplomats. We found instead a place in West Dulwich, an enclave called Pymers Mead. Finally, it was due to quarantine rules that we got the lease. The owner, a British diplomat, was going to Laos. The family cat would be quarantined upon return. It was part of the rental deal that the cat should stay on with us. “Pussy cat Wilbur” was a long haired tomcat with a white bib and paws. Independent spirited, he had a temper, clawing and hissing when groomed. He would wait by the front door at night to be let out, returning the next morning, battle scarred, with bleeding ears or torn fur, to sleep all day in the corner of a bay window, a paw over his eyes. He loved to disrupt games like chess, monopoly or scrabble, by sitting on the board while the game was in progress. He was restored to his owners when we left London in 1974. I have never forgotten him. 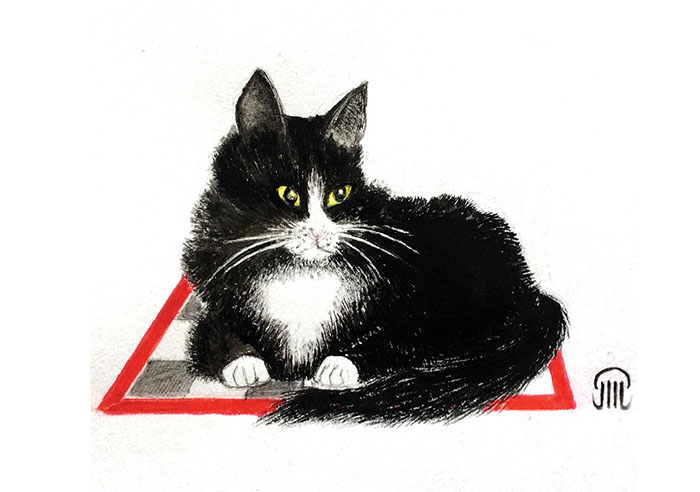 Pussy cat Wilbur sitting on a chess board. [Sketch by Girija]

Yadavagiri in Mysuru is home to exotic pets, apart from stray dogs: an African Grey parrot, a Great Dane, a St. Bernard, Dalmatians and Labradors. Now-a-days animals do not figure in our daily lives. It was not so in old Mysore. Cows were brought to the house along with their calves, to be milked in front of the household. Some families owned small covered carts drawn by a single bullock.  A jet black cow was brought to some houses to be fed jaggery and sesame on occasion. “Dasaiah” priests brought along decorated bulls, striking a brass gong or blowing a conch to announce themselves.  Drums and pipes [volaga] accompanied them sometimes.

Jutkas were not as common as Tongas drawn by ponies. City buses and a few yellow-black taxis were the main means of public transport until the first autorickshaw, belonging to a young man called “Pyare Jan,” appeared in Mysore in the early 1960s. It was then a novelty, so popular that we had to book ahead of time to be sure of a ride. Thankfully, bullock carts hauling loads of bricks or stone, the animals cruelly beaten, are now rare, as are the soothsayers with their caged parrots. Donkeys and their charming little foals have appeared in Yadavagiri from the Dhobi Ghat downhill. Donkey’s milk is believed to be healthful for infants. So these animals are well-fed and prized now. I recall family laundry lists being recorded in the “Dhobi Book”; the washing was then loaded in panniers on to a waiting donkey. My father, M. Venkatesh, photographed the dhobi and donkey against the backdrop of his car of the 1930s.He also took a picture of a liveried driver in a cart which was pulled by bullocks with large curving horns which he identified as a breed called “Amrit Mahal.” 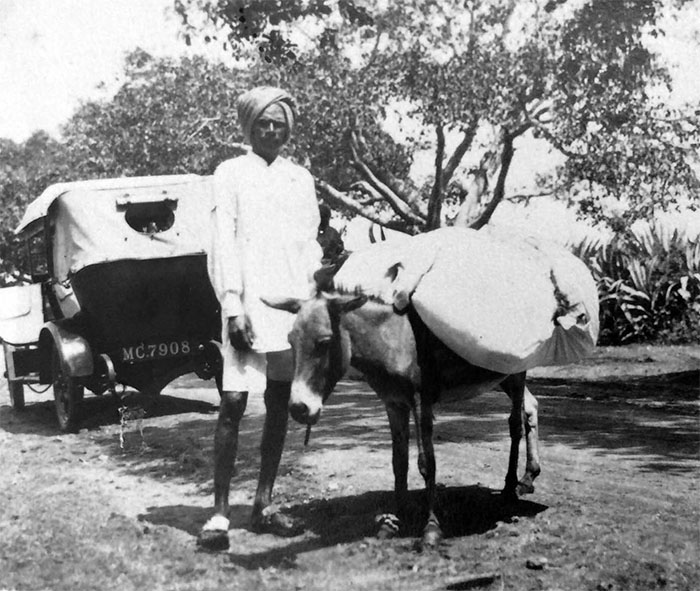 Animals and birds have symbolic significance in common superstitions. Respectfully touching a cow or bull is lucky.  Owls are considered bad omens. Cats crossing one’s path augur bad luck.  Elders murmured “Krishna, Krishna!” when a Garuda eagle [the vahana of Krishna] soared in the sky, white breast in sharp contrast to the russet plumage. Some news reports suggested that an eagle alighting on a tree was a sign awaited by the killers of Indira Gandhi to carry out her assassination.

READ ALSO  A Tree in Malgudi

“Seeing-eye dogs” and “Therapy dogs,” animal companionship for children and the elderly, are being recognised as blessings. Let us treasure the unconditional love animals give us and reciprocate it. Rudyard Kipling, in his story “The Miracle of Puran Bhagat” [1895], starts the tale with the Dirge of the Langurs who “loved him with the love that knows but cannot understand.”

2 COMMENTS ON THIS POST To “Mysore Memories: Endearing Pets”