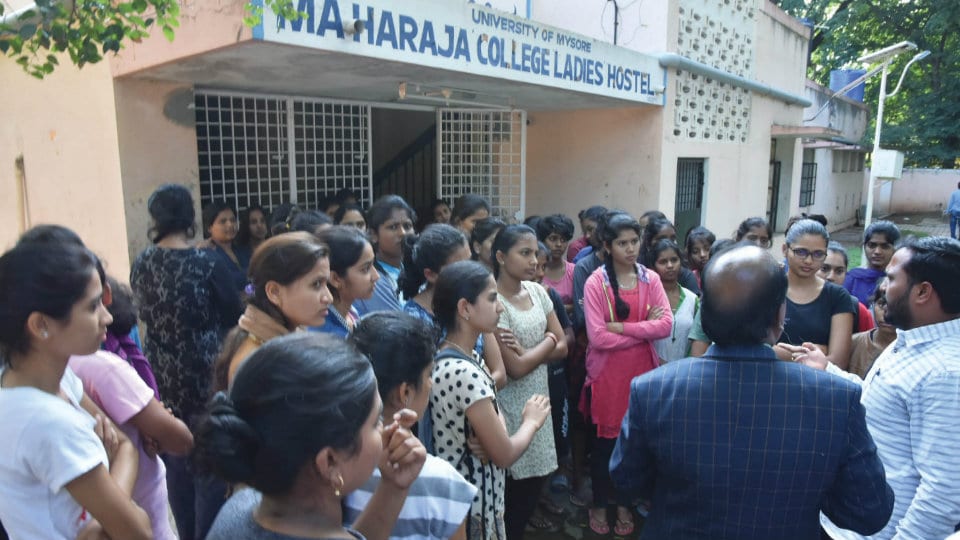 Mysuru: A large number of girl students of Maharaja College Ladies Hostel, University of Mysore, staged a protest yesterday against the authorities alleging lack of facilities at the hostel.

Hundreds of girl students gathered outside the hostel and expressed their anger against the warden. The protesting students claimed that the pathetic conditions of the bathrooms and toilets as well as lack of water from the last one week had left them in the lurch.

They added that there is no UPS in the hostel, which is causing a lot of inconvenience during power cuts and also complained about the absence of female staff during night.

Students also alleged that warden Vasanta had not responded to the problems that they are facing. “From the last four days, there is no water available here in the hostel. After protesting, today they have supplied water in a tanker, but why did not they do the same four days ago?” asked a student.

Student Welfare Dean of Mysore University Ramaswamy met the protesting students, informed that he was unaware of inconveniences faced by the students. He agreed to take care of issues and took the warden to task.