Home » News » Mysurean makes it to IAF: His mother’s demise does not stop him from reaching his goal 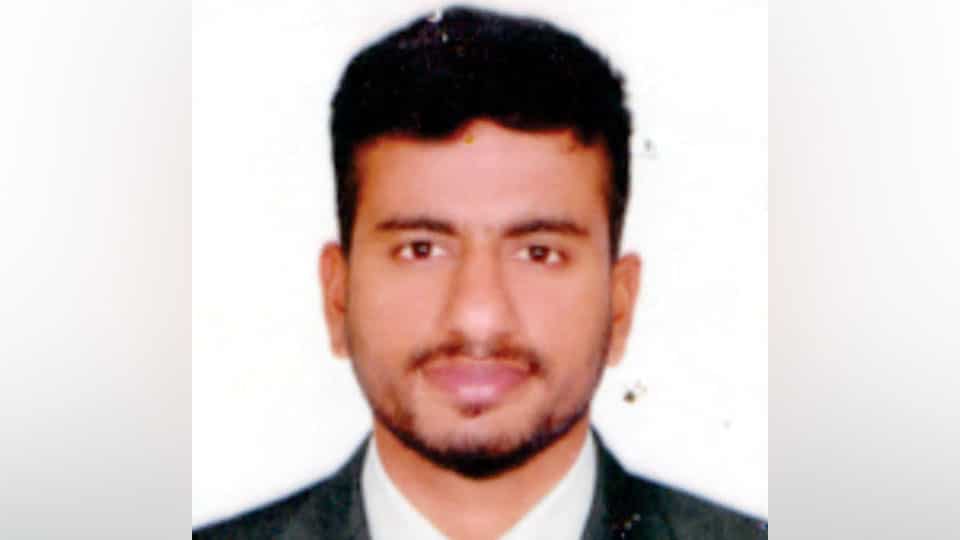 Mysurean makes it to IAF: His mother’s demise does not stop him from reaching his goal

Mysore/Mysuru: A city-based M.Tech graduate, who made several attempts to join the Indian Air Force (IAF) has finally made it in his sixth attempt.

M.Prashanth of Mysuru has been selected as the Meteorology Officer at the IAF and has shifted to Indian Air Force Academy in Hyderabad for training.

Prashanth pursued Aero-nautical Engineering from Acharya Institute of Technology in Bengaluru and completed M.Tech from the Lovely Professional University in Punjab. Later Prashanth applied in 2 Air Force Selection Board (AFSB) and was shortlisted in the 6th attempt (3SO & 2CO).

Speaking to SOM, he said, “I have been saluting the Armed Forces all through my life. Initially I never thought of joining the IAF but I was destined to join now.”

“My name was shortlisted to join Infosys but due to my backlog in 7th semester I was rejected during document verification process. I was a good sportsman during my College days and I used to play cricket, table tennis and baseball.  Having represented my College in the University- level sports competition, I also joined as Junior Under Officer in NCC and received ‘C’ certificate,” said Prashanth.

“During my final semester in engineering, I decided to take up Air Force Common Admission Test (AFCAT) and Combined Defence Service (CDS) examinations,” he said adding, “I started my preparation for IAF during April-July 2020, learnt about the process of selection in Sashastra Seema Bal (SSB) and concentrated on physical fitness. During this period my mother passed away due to cancer on Sept.1. But  that loss did not stop me from reaching my goal.”

“I had given 5 attempts before to the AFSB, at last on my 6th attempt I qualified among the top 5 from the country,” he said proudly.