Home » Feature Articles » Mysuru: A look at its past – The End of the ‘West End’ 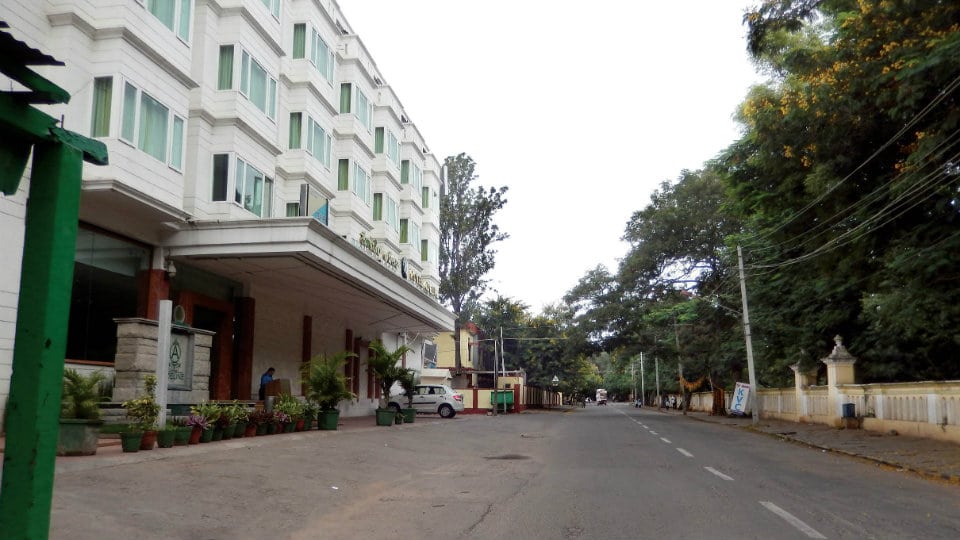 Mysuru: A look at its past – The End of the ‘West End’

Till 1940s Mysore was a small beautiful city of the Maharajas. Its planned growth began during the reign of Krishnaraja Wadiyar III, who was chiefly responsible for restoring the city’s importance after it had been neglected for around six decades, and its Palace destroyed.

The growth and development of Mysore or Mysuru was continued further by his successors, Chamaraja Wadiyar and Krishnaraja Wadiyar IV. Of them, the contribution made by Krishnaraja Wadiyar IV was unique and significant. His Dewans, in particular Sir M. Visvesvaraya and Sir Mirza Ismail, ably assisted and guided by the Maharaja, beautified the city with gardens, broad roads and buildings having a charming blend of Indo-Muslim architecture. No wonder, Mysore earned the encomium of a ‘model city’.

Krishnaraja Wadiyar III, who invited scholars and priests from Srirangapatna to Mysore, built Agraharas outside the Palace Fort and gifted those rows of country-tiled houses to these learned persons. Vanivilasa Sannidhana too built similar Agraharas and gifted houses to these scholars. This act was called ‘Agrahara Dana’ or gift of Agrahara. To mark the end of the Agrahara, which was the end-point of the Western part of the city, boundary stones were installed. These were known as Vamana Mudre Kallu. Vamana is the fifth incarnation of Vishnu who measured the land by his foot.

With Mysuru seeing an expansion in the subsequent decades, these boundary stones lost their meaning, further growth relegating them to background. They remained neglected with loss in their importance and historical significance too.

A boundary stone which stood at the corner of Sadvidya School compound, facing the Narayana Sastry Road, had turned into a small shrine, which led to its demolition by the MCC during clearing structures on footpaths a few years ago. An enterprising person had put up a small structure around it and passers-by were standing in front of it, offering a prayer and proceed after dropping a coin, which he was promptly pocketing it after dark!

Three boundary stones are still seen at the corner of the house of Banumaiah on Ramavilasa Road, marked with kumkum and flowers, placed by some locals making it a piece of sanctity. On these stones are the relief images of sun and moon and traditional Vamana carrying an umbrella in one hand and a sacred pot on the other. The symbolic meaning is that as long as the sun and moon shine, let this gift last.

After further expansion, during Krishnaraja Wadiyar IV to the West part of the city, one such landmark that pointed the end of the city on the West was the ‘West End Lodge.’ It was not really a lodge for visitors to stay, but a residential bungalow. A leading personality of Mysore, D. Ramaiah, lived here with his family. A tall gentleman, he was seen often at all important public functions dressed in the traditional long white coat and trousers, sporting the famous Mysore turban and walking with a stick in his hand. A common dress of many senior citizens and officials, it symbolised the cultural and social life of the period of the Maharajas and added stature and prestige to its wearer. This has disappeared today taking away a piece of the cultural tradition of Mysore, like many others.

Mysore had a number of such prominent personalities then. They had taken to social life after their retirement from Government or Palace service. Ramaiah had taken advantage of his tall personality to become a popular footballer in his younger days. As the name itself explains, ‘West End’ was the end point of Mysore’s West. Beyond this building place was a stretch of green trees. The Rotary Club Main and the buildings beyond it came up at a later stage.

Prior to this, a portion of this stretch on the West extending up to the famous Kukkarahalli Tank was a cemetery during Krishnaraja Wadiyar III. Even now a few memorial structures on the graves are seen in a dilapidated state in the Gordon Park, near the Office of the Deputy Commissioner. Gradually, these Brindavans are crumbling with none to care, though they tell the tale of Mysuru. Even ‘Gordon Park’ signboard has disappeared of late, though Gordon Park has historical significance. 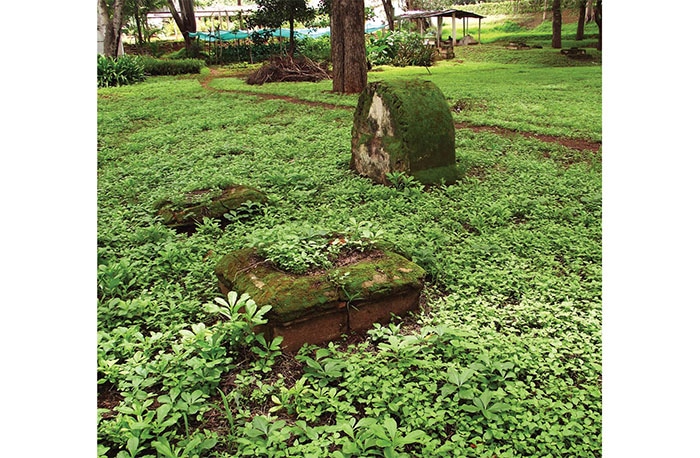 Memorial structures on the graves in a dilapidated state in Gordon Park, near DC’s Office.

After the passing away of Ramaiah, lack of upkeep and bad alterations had turned the beautiful bungalow into an ugly structure. His sons sadly lost all their wealth and turned penury. The place changed hands and the West End Lodge, which stood immediately next to the Shahwali Dargah, was pulled down and on the vacant land a hotel came up of late. Thus, the end of the West End Lodge has brought the curtain down on another piece of Mysore’s history.

Today, the topography of Mysore has changed. The change began in the 50s and now the city limit extends beyond 12 kms from this point, with addition of new buildings and extensions on all the four sides of the city. With IT and other industries, sites and structures, Mysuru is expanding even beyond the Ring Road. Some of the edifices that stood in the open area beyond the West End, like the Water Filter Bed where the additional wing of the Mysore Urban Development Authority (MUDA) is seen, have been demolished for one purpose or the other. The Prince of Wales Road has been renamed as Jhansi Lakshmi Bai Road.

The end of the ‘West End’ is one more example of the changing face of Mysore. It is no longer the beautiful little town of the royal days but a city witnessing the pressures and pangs of any expanding town like many other cities of today.