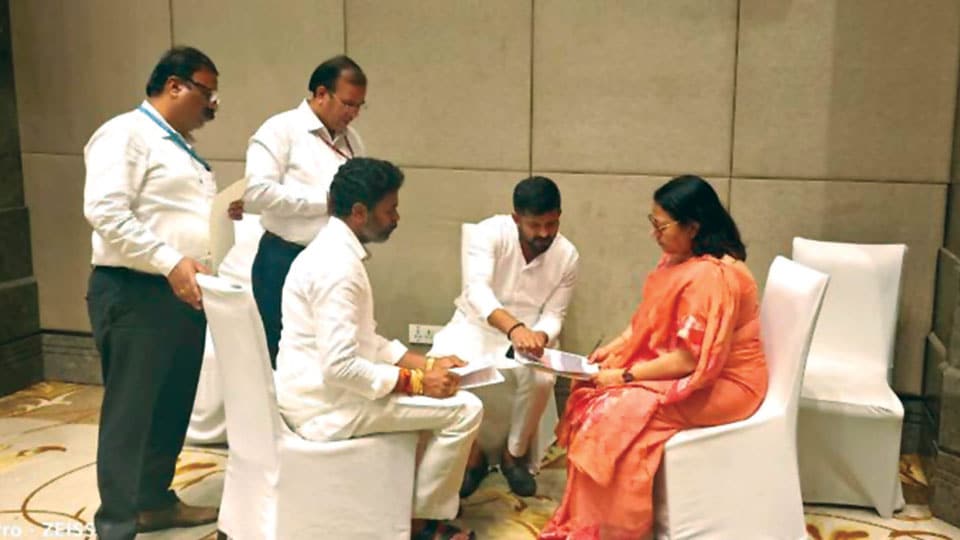 Certain landowners at Ramanagara were holding up construction work

Meeting NHAI Chairperson Alka Upadhyaya recently, the MP said that he has noticed during his recent visit to the access-controlled Expressway that there is earthen shoulder (edge drop) next to the RCC drain, both in the main carriageway and the service road. The Expressway has a six-lane main carriage and two-lane service road on either side.

The MP expressed concern that there were chances of water logging due to blockage of water in the inlet drain that could result in the sinking of the earthen shoulder and prove to be hazardous to the commuters.

Also, during heavy rains, there could be high flow of water which could carry the soil from the earthen shoulder into the drain, causing silt deposits. This would not only reduce the capacity of the drainage system but facilitate the growth of vegetation which could in turn lead to maintenance issues. With rain, the soil particles are likely to spread on the road which might lead to skidding of vehicles.

The MP has urged the NHAI to provide the earthen shoulder with impermeable material like concrete which could help avoid problems and also enhance the safety.

Pratap Simha has drawn the NHAI Chairperson’s attention towards certain land acquisition issues that were still pending and requested her urgent intervention to solve the issues.

The delay in land acquisition may hinder the progress of the Highway works, Pratap Simha said. Also, there is a delay in shifting the Karnataka Power Transmission Corporation’s EHT (extra high tension) line falling within the highway land at kilometre:134+100.

The MP has urged the Alka Upadhyaya to urgently look into the issues raised by him and direct the project officers to address the issues so that the works are completed at the earliest.