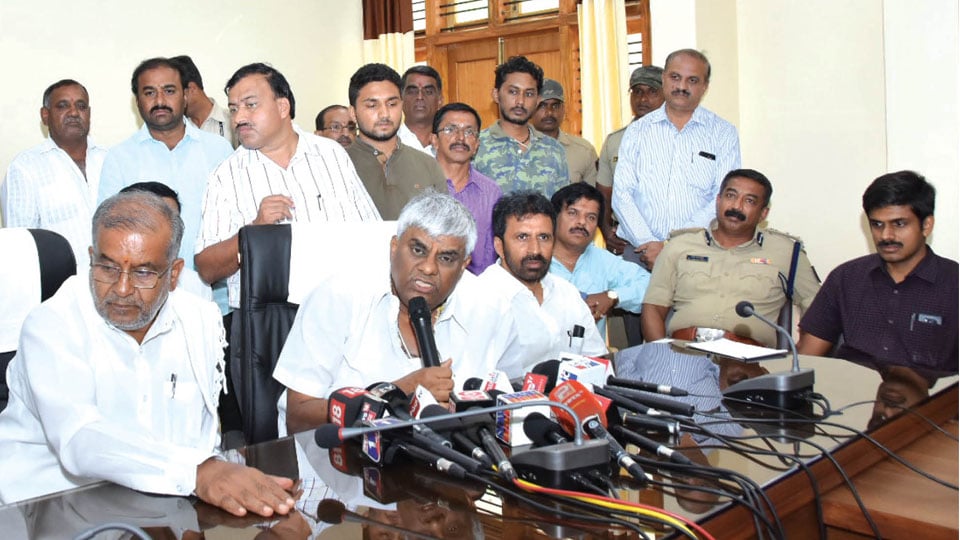 Mysore: PWD Minister H.D. Revanna has said that the land acquisition process for converting the Mysuru-Bengaluru Highway into a 10-lane (include two service roads) Highway was almost complete.

Pointing out that the PWD plans to build auditorium in Jaladarshini campus, he said that he has sought a proposal and estimate in this regard. Stating that the Government is gearing up for Dasara and Talakadu Panchalinga Darshana, he has directed officials to submit a report on what is needed to be done by the PWD for the two mega events.

Noting that the PWD is currently executing works totalling Rs. 600 crore in the district, Revanna said that he has asked officials to complete the works within the set deadline.

He further said that 17 kms of road leading to M.M. Hills will be concretised at a cost of Rs. 80 crore and the road leading to Mudukuthore Hill Temple in T. Narasipur taluk will be developed shortly.