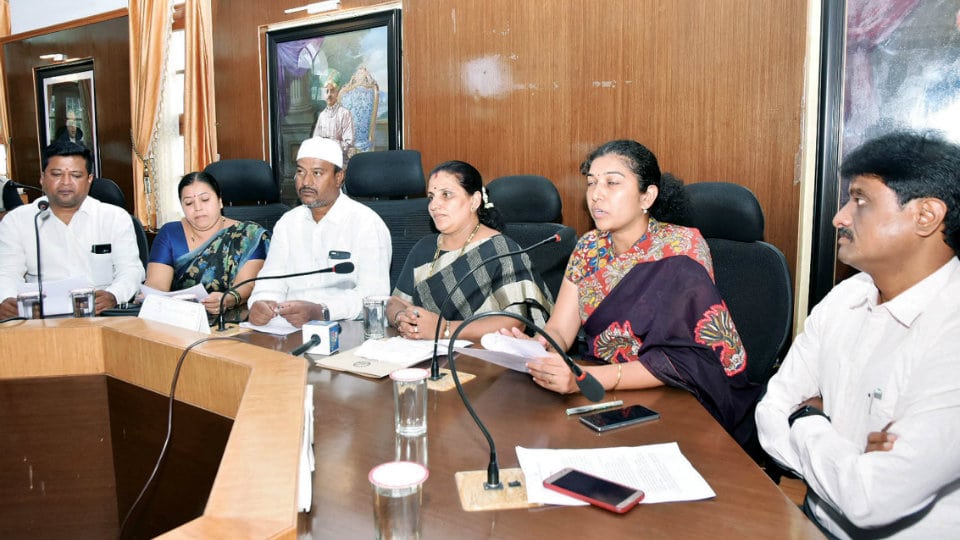 Mysore: After clearing roadblock and technical glitches, Mysuru City Corporation (MCC) has finally launched online payment of water bills in an attempt to plug revenue leakage and keeping in mind the convenience of residents.

Paying water bills is one of the main pain points as the customers have to visit the office and make payment. The new system provides an easy solution. This will help residents of the city to pay bills with a click of mouse while sitting at home or office, reducing the burden of visiting the water offices and waiting to pay bills.

People can visit MCC’s website (http://www.mysorecity.mrc.gov.in) or the web link sent with the SMS alerts to registered consumers. However, the current system of bill payment at the counters of Vani Vilas Water Works (VVWW) and at MysoreOne Centres will continue.

The e-payment facility has been launched through the Bharat Bill Payment System (BBPS) of the National Payments Corporation of India (NPCI). Payments can be made through online banking, debit or credit cards, UPI payments, digital payment apps, and others. However, provision to pay the bills using mobile applications such as Paytm and Google Pay will be done shortly. There will be no service or convenience charges. By launching the facility, the MCC has become second after Bruhat Bengaluru Mahanagara Palike (BBMP) to introduce the system through BBPS.

The city has 1.56 lakh water connections and the online facility will help users as well as the MCC to generate more revenue. MCC Commissioner Shilpa Nag said, “The online system is a boon for both consumers and the MCC as the consumers have easy access to pay the bills.” Consumers can obtain the details of the payment on visiting the website and it is a user-friendly system, the Commissioner said.

Shilpa Nag, who was instrumental in launching the initiative, said no service charge or convenience fee will be charged from consumers. “The online payment is available at banks registered with the BBPS platform such as SBI, Corporation Bank, Canara Bank, Punjab National Bank, Andhra Bank, Federal Bank, ICICI Bank, IDBI Bank, IDFC Bank, and Indus Ind Bank. It is also available with MobiKwik and BHIM apps.

VVWW has collected mobile phone contact numbers of 65,000 consumers and details of the bill and web link of the online portal will be sent to the mobile phones. In order to ensure transparency, a photo billing system has been introduced where the bill readers will click the photograph of the water meter installed at the houses and the image will be directly uploaded to the server, officials said. A separate window has been created on the MCC website to pay water bills and also register the cell phone numbers to receive SMS alerts. Complaints also can be registered.

Mayor Pushpalatha Jagannath said that the photo billing system will ensure more transparency in billing system and also clear the confusions if any among the consumers.

Shilpa Nag said: “In the coming days, measures will be taken to launch online system to collect property tax on the lines of other City Corporations like BBMP, Hubballi-Dharwad Municipal Corporation and Mangalore City Corporation.”

The Karnataka Cabinet has cleared the pending water project worth Rs.194 crore to provide 24×7 drinking water to Mysuru under Jawaharlal Nehru National Urban Renewal Mission. Of the Rs.194 crore, the Centre was to provide Rs.155 crore but the Centre sanctioned only Rs.101 crore.

Now the State Government will sanction the remaining money so that the project can see the light of the day. The total project cost is Rs.228 crore and the State will contribute Rs.127 crore, said Krishna Byre Gowda, Rural Development and Panchayat Raj Minister.