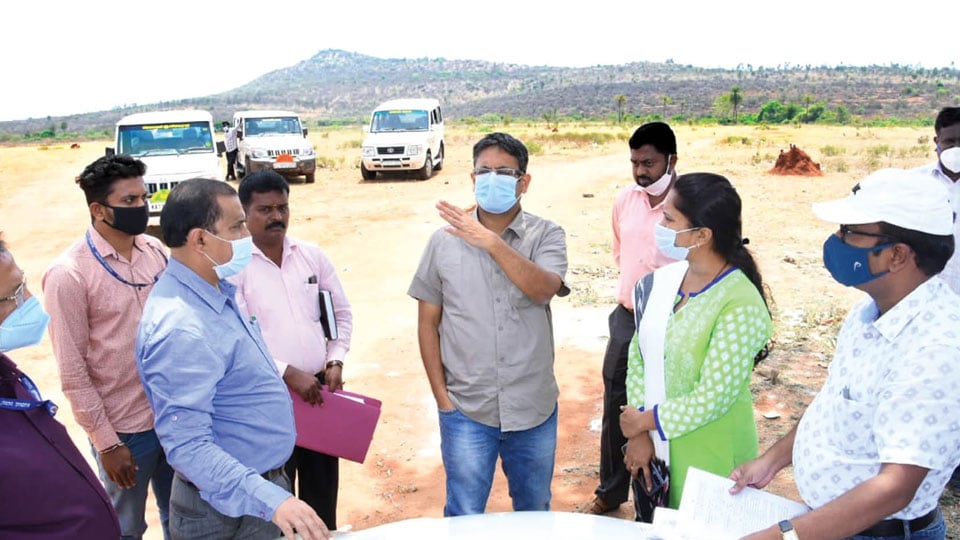 He asked the Karnataka Industrial Area Development Board (KIADB) officials to prepare an action plan for providing basic infrastructure to the proposed facility such as water supply for taking up necessary works.

Nanjangud Tahsildar Mohana Kumari informed that the 110 acres of the Government land, identified for this project, had to be handed over officially to the Department of Information and Public Relations through KIADB.

The Commissioner directed the KIADB officers to get ready with an action plan. The CM has convened a meeting in this regard in Bengaluru on Apr. 7 and all officers must attend the meeting to provide information on land transfer.

Dr. Harsha opined that this was a very big project and once established it will provide employment to over 5,000 people including artistes, technicians and workers daily. Besides, it will also become a place of tourism. In view of this, Departments must prepare a Detailed Project Report (DPR) and implement the project.

On the construction and maintenance of the proposed facility, Harsha said a district-level implementation committee has to be constituted and told his department officials to discuss with the district administration on the members, including the elected representatives, VIPs and officials, to be accommodated in the Committee.

The attempt to establish Film City was started in 1972 and several places were identified for this. Finally, in 2015-16, the State Government identified Himmavu near Mysuru for this project. The incumbent CM Yediyurappa announced in State Budget for 2021-22, setting up of the Film City at Himmavu at a cost of Rs.500 crore.