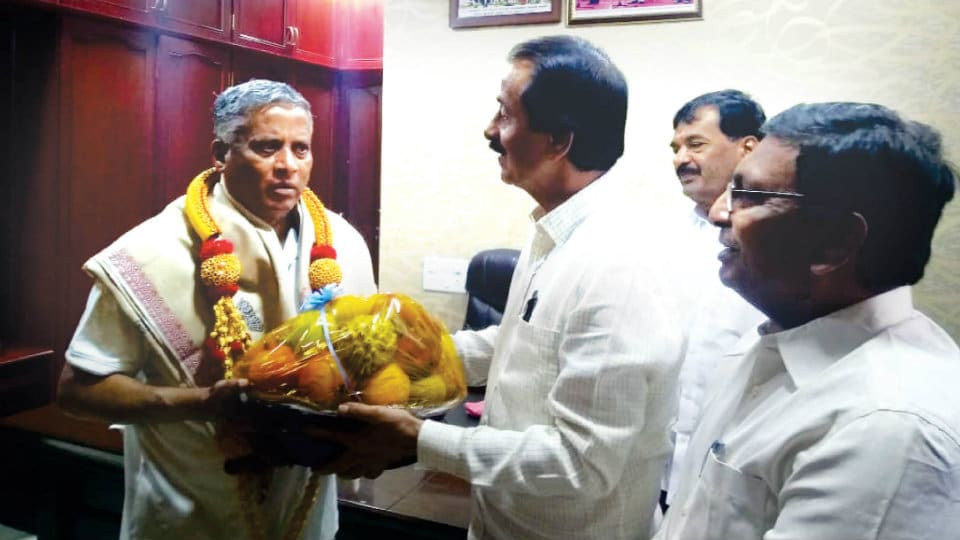 Mysuru: Former MLA Vasu has appealed District Minister V. Somanna to provide the newly-constructed District Hospital at the premises of the Epidemic Diseases Hospital on KRS Road available for use by the public at the earliest.

Vasu met Somanna at the latter’s residence in Bengaluru recently and submitted an appeal in that context. He contended that K.R. Hospital in Mysuru was too crowded now with patients coming from neighbouring districts also which has resulted in the patients not able to receive good service.                                                       To bring down the load on K.R. Hospital he said that District Hospital was constructed on KRS Road at a cost of Rs. 64 crore, but the required infrastructure is not ready and needed doctors not appointed. He hence appealed the Minister to get the hospital ready at the earliest.