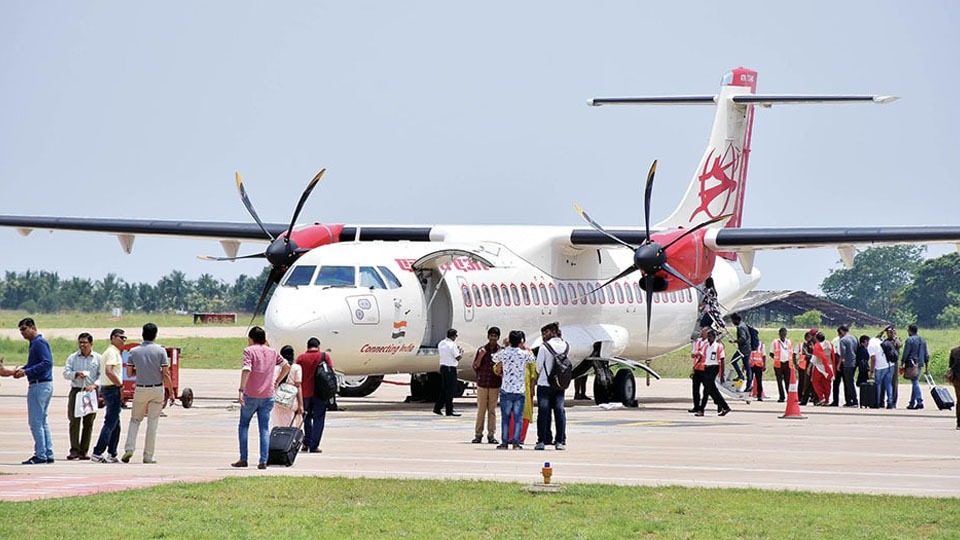 Mysuru: Travelling to Mysuru from Kalaburagi will become easier from next month as Air India’s subsidiary Alliance Air will operate flights under the Ude Desh Ka Aam Naagrik (UDAN) scheme from the airport.

Operations at the Kalaburagi Airport commenced on November 22. Alliance Air Flight AI 9893, which used to operate on the Mysuru-Kochi route, will now be deployed on the Kalaburagi-Mysuru route.

Earlier this week, Flight AI 9893 was cancelled on the Mysuru-Kochi route due to the re-carpeting work on the runway at Kochi airport. There will be no flights between the two cities till March of next year. Speaking to SOM, Mysore Airport Director R. Manjunath said that the flight operations is being finalised.

“Since the flight will be operated under UDAN scheme there are many formalities to be completed. The schedule and timings have not yet been finalised and a decision will be suitably taken once the Alliance Air decides on operating this route,” he said.