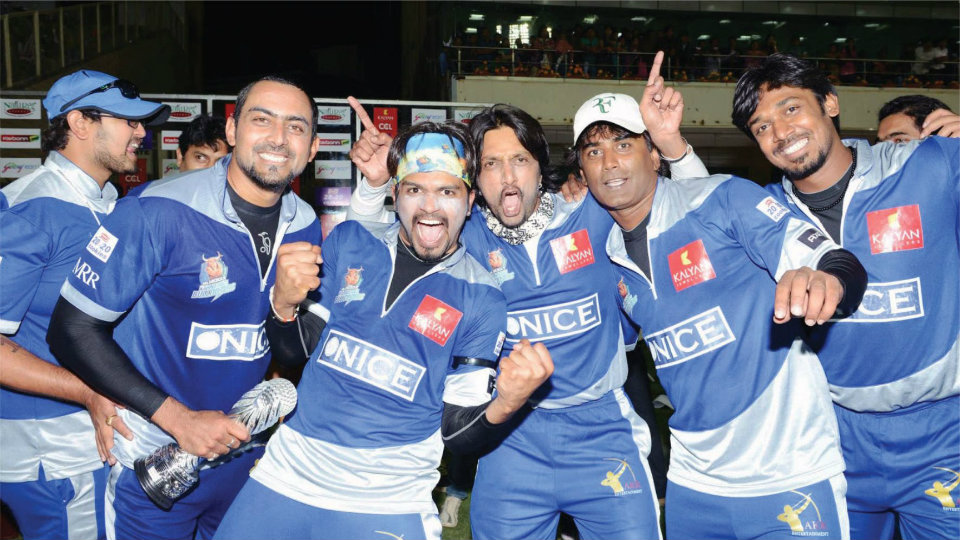 Cricket and cine buffs in city are in for a treat as Celebrity Cricket League (CCL) authorities have decided to throw a two-day carnival in Mysuru. The matches to be played at the Chinnaswamy Stadium in Bengaluru have been shifted to the City of Palaces for the fans to watch some of the movie stars fighting it out on the green turf.

The members of CCL organising committee visited the SDNR Wadiyar Stadium at Manasagangothri last week to have a glimpse of the ground and also the facilities available. Gangothri Glades, as known earlier, has hosted many tournaments including Karnataka Premiere League (KPL) over the past few years. It is also one of those grounds which have become a permanent venue to host Ranji Trophy matches every year.

Speaking about the Celebrity Cricket League, it will be the first time that the city is hosting the matches. Not to forget ‘Karnataka Bulldozers’, our own celebrity team lead by ‘Kichcha’ Sudeep is familiar with the ground condition, having played in KPL 2016 edition.

The city will get to see players of all franchises – ‘Telugu Warriors’, ‘Chennai Rhinos’, ‘Bengal Tigers’, ‘Kerala Strikers’, ‘Mumbai Heroes’, ‘Punjab De Sher’, ‘Bhojpuri Dabanggs’ and ‘Karnataka Bulldozers’ – taking part in the tournament. The SDNR Wadiyar Stadium will host the matches on Dec. 12 and Dec. 13 during which ‘Karnataka Bulldozers’ will be playing against ‘Kerala Strikers’ and ‘Chennai Rhinos’ respectively.

The ‘Karnataka Bulldozers’ team captained by Sudeep is the most successful team, having won twice (2013 and 2014) and runners-up thrice (2011, 2012 and 2016) in the first six seasons. The team has started practicing at an indoor venue in Bengaluru. This year, Bulldozers have included actor Chandan of ‘Bigg Boss’ fame in the team. However, the team will miss Dhruva, the talented actor-cricketer, who passed away recently. This apart, actor Jayaram Karthik (JK), is likely to miss the tournament as he is currently one of the members in the ‘Bigg Boss’ house.

This year, the CCL will be played in the T10 format. This is because to make the game more interesting and to accommodate more games owing to the busy schedule of the actors and the technicians.

Fans can see their favourite cine actors in action as they are expected to arrive in Mysuru for their practice sessions from Nov. 15. Well if all goes well, the two-day cricket carnival will be of great entertainment value to movie buffs and cricket lovers alike.