Home » News » Mysuru should remain as cleanest and greenest city 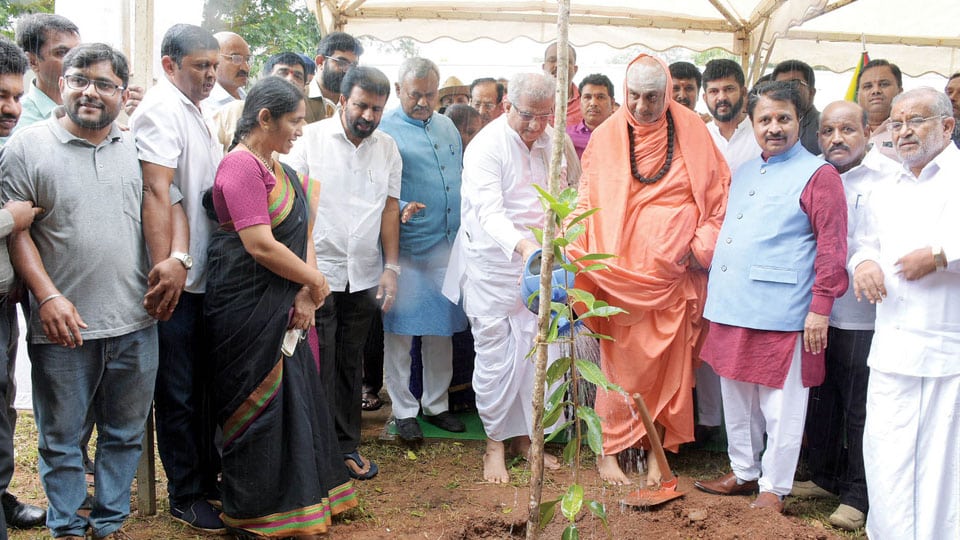 Mysuru should remain as cleanest and greenest city

Mysore/Mysuru: Asserting that Mysuru, which had earned the Cleanest City tag previously, should remain as the Cleanest and Greenest City of the country, Dharmasthala Dharmadhikari Dr. D. Veerendra Heggade lauded MUDA for its initiatives on expanding the green cover in Mysuru.

Complimenting MUDA Chairman H.V. Rajeev for promoting greenery in and around Mysuru, Dr. Heggade opined that one should see the almighty in nature and environment.

“Besides planting of saplings, it is important to nurture them till they grow. We should work towards ensuring that we leave a green world to our future generations. Some of Australia’s forests are so dense that sunrays do not fall on earth,” he said.

Continuing, Dr. Heggade said that while it is vital  to plant trees, it is also equally important that healthy and fully grown trees are not cut. Referring to increasing man-animal conflict, he observed that wildlife would not have ventured into villages had they got food in their own forest habitats. In this backdrop, the Dharmasthala Trust is planning to launch massive tree planting drives in forest areas as well, he said adding that the Trust has also rejuvenated nearly 500 lakes and other water bodies in North Karnataka in the past couple of years.

Emphasising on the need for promoting green cover in all parts of the country, Dr. Veerendra Heggade, who was also felicitated on his nomination to the Rajya Sabha, said that one must draw inspiration from our own Prime Minister who launched Swachh Bharat Mission and other major cleanliness drives.