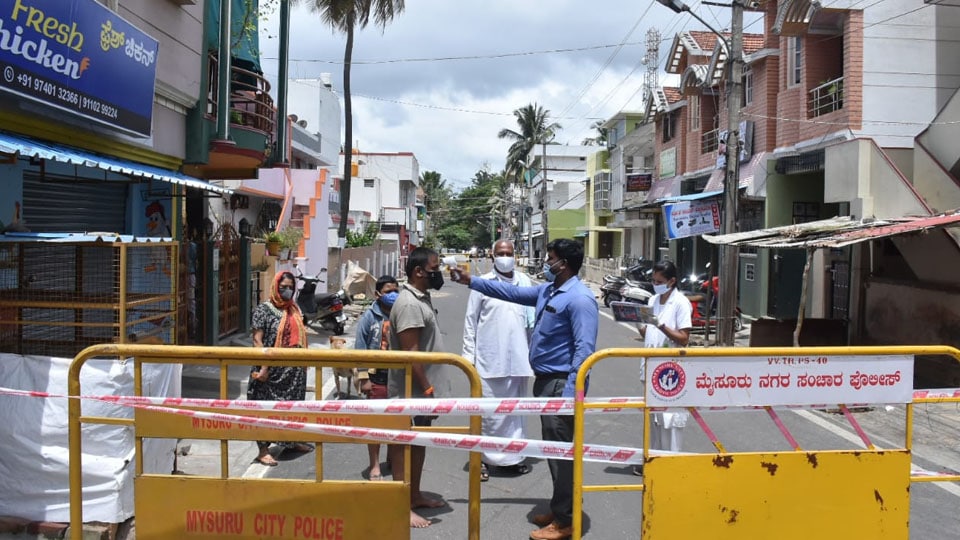 According to the evening State media bulletin on July 14, total positive cases stands at 44,077 with total active cases at 25,839 and 842 deaths.

Now, the total number of positive cases stands at 1,091 with 552 active and 41 total deaths besides 498 discharges.

Eight Cops test positive: Police personnel, who are in the forefront in the battle against COVID-19 and called as ‘Corona Warriors’ have also been affected with the deadly virus as eight Police personnel tested positive for COVID. One of them has recovered.

City Police Commissioner Dr. Chandragupta, speaking to Star of Mysore, said that those who have tested positive include two Probationary Dy.SPs, Assistant Sub-Inspectors (ASIs) and Constables.

The City Police Commissioner said that a few senior Police personnel with respiratory and other problems have been identified and put under Home Quarantine and they would be subjected to COVID tests.

Kodagu: Ten fresh cases were reported yesterday with the total COVID cases rising to 195 and the number of active cases to 124. None were discharged yesterday and the total number of deaths remains at three.