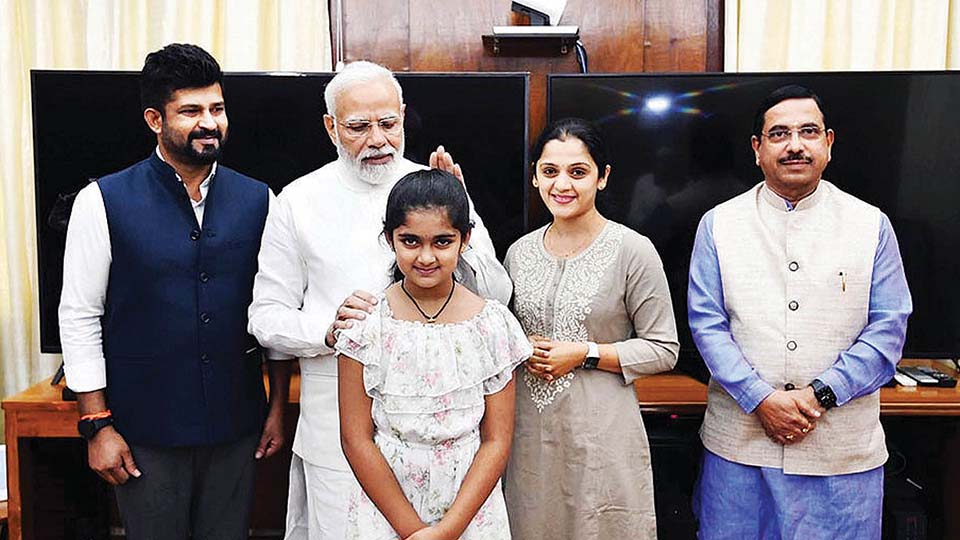 Mysuru to host Yoga Day with PM Modi on June 21

Mysuru: It is confirmed. Prime Minister Narendra Modi will lead the International Day of Yoga (IDY) celebrations in Mysuru on June 21 this year.

Mysuru-Kodagu MP Pratap Simha had urged PM Modi to attend the IDY-2022 main event in Mysuru. As it has been a practice, the PM attends the main IDY event (mass Yoga demonstration) from 7 am to 8 am. In his request letter, the MP had highlighted the importance of Mysuru in spreading yoga far and wide.

This year’s IDY also coincides with the Azadi Ka Amrit Mahotsav and the Ministry of AYUSH, Government of India, has decided to celebrate the day in a special way across 75 locations in the country. There are plans to project this year’s Yoga Day as Brand India. Since the venue is Mysuru where PM Modi is leading the Yoga performance, Brand Mysuru will also get recognition.

In a message to Karnataka Chief Secretary P. Ravikumar yesterday, Vaidya Rajesh Kotecha, Secretary, Ministry of AYUSH, has asked the former to make preparations for the PM’s visit. As there will be thousands of Yoga enthusiasts participating, elaborate preparations have to be made, the letter stated.

It may be recalled here that on Apr. 29, Senior officers from the Ministry of AYUSH, Government of India, visited Mysuru and held a closed-door meeting with the top officers of the district at the DC’s Office and discussed the possibility of holding the main IDY-2022 event in Mysuru.