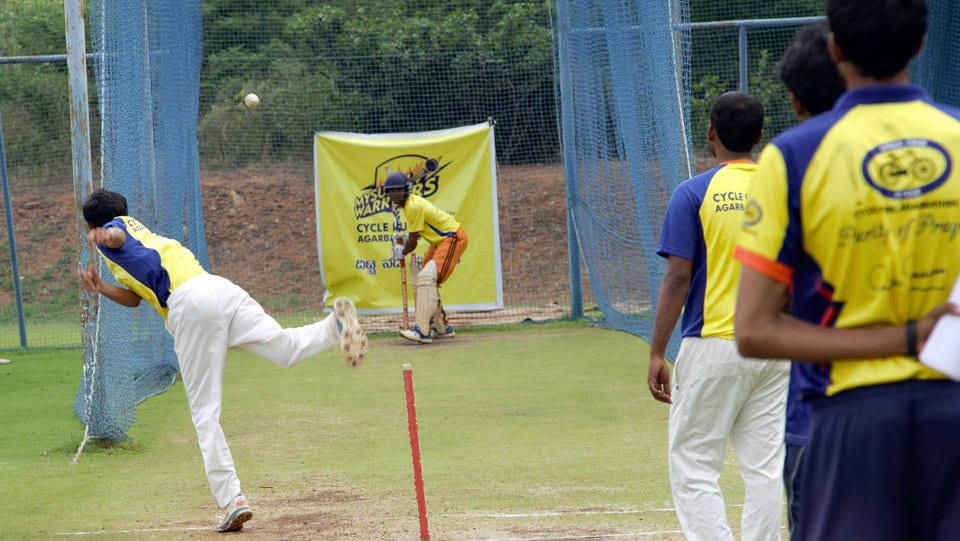 NR Group, the owners of Mysuru Warriors, have announced their fifth edition of Talent Hunt in Bengaluru on July 15 at Just Cricket Academy and Mysuru on July 18, at SDNR Stadium. Young cricket enthusiasts from across the State are invited to participate in the talent hunt to stand a chance to play in KPL, 2018.

Mysuru Warriors conducted talent hunt in Mysuru and Bengaluru last year which received tremendous response. Around 205 aspiring cricketers participated from all over Karnataka.

Mysuru observed 105 participants, out of which 50 were bowlers, 10 were batsman, 40 were all-rounder and five were wicket keeper-cum-batsman contesting for the position in the team. In Bengaluru, around 100 aspirants participated in the candidature. In the end of the final rounds, 12 players were shortlisted who underwent a series of practice sessions with Mysuru Warriors team players. Then two players who were chosen to represent Mysuru Warriors are — Nanda Kishore of Jo Jo Cricket Club (Right Arm Fast Bowler and Right Hand Batsman) and Kishan Bedare of National Cricket Club (Right Hand Top Order Batsman and Right Arm Medium Fast Bowler).

The talent hunt is specially organised for KSCA registered talents from KSCA registered Clubs in entire hinterlands of Karnataka, as a lot of potential lies in the area when it comes to Cricket. This initiative of Mysuru Warriors is an opportunity for players to enter the professional cricketing arena. The selected players will get a chance to represent Mysuru Warriors and play at the upcoming KPL 2018 powered by Cycle Pure Agarbathies.

For cricketers other than Mysuru Zone – Date: July 15

Location: Just Cricket Academy, No. 1/1B,

The Talent Hunt begins at 8 am and players from registered Club under KSCA will compete in the selection process. The players are advised to carry with them their KSCA statistics of last two years and their kits. The ball will be provided.

Players apart from catchment areas of Mysuru (Mandya and Chamarajanagar) — hinterlands of Karnataka can showcase their talent, but their selection is completely subject to their name being added in the auction by KSCA.