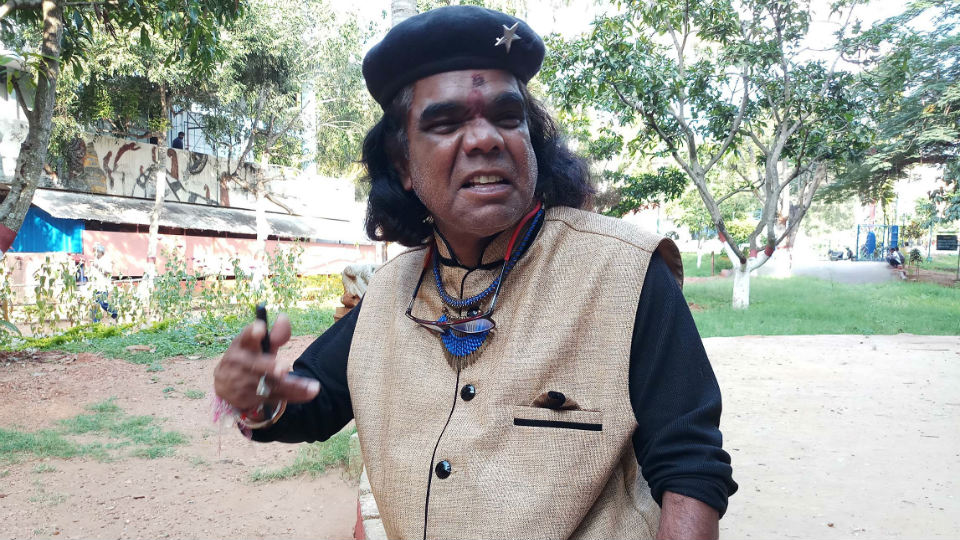 Mime is a unique art in theatre where the Mime artiste acts out a story through gestures and body movements, without words. If there is one artiste who has done justice and brought laurels to this art, it is ‘Mime’ Ramesh. He is one of the finest artistes that Rangayana, a renowned theatre repertory in the city, has seen.

Having served Rangayana for around 30 years, Ramesh retired on Oct.31, 2017. However, he is likely to be the Co-ordinator for Bahuroopi-2018 and also take credit for bringing more youngsters into theatre.

His list of students include theatre and Kannada film artistes like Dhananjaya, who have graduated from his GPIER Theatre Group established about 25 years ago. Mime Ramesh is also credited for introducing Chinnara Mela through his amateur theatre group. Chinnara Mela is now one of Rangayana’s most popular events.

Star of Mysore caught up with this Pantomimer for a brief interview on the occasion of his superannuation. Excerpts…

Star of Mysore (SOM): Tell us about your theatre journey and how do you feel about your long stint?

Mime Ramesh: It has almost been 48 years including 29 years as an artiste in Rangayana. Theatre has given me everything including my family. I was born in Mangaluru and was not interested in studies but concentrated on cultural aspects. Having been influenced by my father, who was a Leftist, I was involved in works related to social issues. I was also part of the Tulu theatre where I acted and directed plays. But one thing which influenced me the most was the birth of Samudaya during 1975 which fought against social injustice in society.

Mime Ramesh: It was during the visit of Badal Sircar to Mangaluru in 1979. Samudaya was into street plays. It so happened that Sircar observed my movements and made me learn mime. I also learnt Yakshagana. There have been times when I used to watch Yakshagana sneaking through pandals as I had no money to buy tickets.

I joined the month-long workshop conducted by Badal Sircar at Melukote during which I was identified. Later, he invited me to take part in all of his workshops organised throughout the State. That is when I was introduced to the ‘Third Theatre.’ Till now, I have been training my students both in acting as well as in mime. It was because of my popularity doing Mime that I was named ‘Mime’ Ramesh by my friends and colleagues.

SOM: How did Rangayana happen to you?

Mime Ramesh: During 1980s, Samudaya faded and my mother took ill. Though the activities of Samudaya started fading out I did not stop my quest to popularise theatre and joined an NGO called Abhivyaktha in Mangaluru. But, after a few days I did not like the way it functioned and formed our theatre group called Ayana in 1981  hoping to give good plays for people to watch. A few years later, people who were part of the theatre group left and took up jobs at different places leaving me orphaned. At this juncture, one of my theatre friends Sukumar invited me to his native Kasargod where we started a theatre group.

Years passed when I read an advertisement in one of the newspapers which had called for actors for the new theatre repertory in Mysuru during 1987. I attended the interview but had to wait for a long time for the result. It was the people of Kasargud who gave me money and sent me to Mysuru. This is where I met Rangayana Raghu, Arun Sagar, Basavaraj Kodige and others.

Around 500 people had attended the interview. B.V. Karanth, who conducted the interview, was so impressed that he invited me to join as a teacher, which I refused saying that I still wanted to learn more as an actor. Later, I received a call to attend the second round of interview at Dharwad and later for the third and final round. After completing the interviews I went back to Kasargud to continue my theatre activity. One fine day, in November 1988, I received a letter stating that I was selected for Rangayana. I had no money to travel to Mysuru and it was again my friends in Kasargud who helped me.

SOM: The day you were supposed to join Rangayana a tragedy struck you. Can you share it with us?

Mime Ramesh: After having joined Rangayana, the 25 selected candidates were subjected to various kinds of training activities. In January 1989, just a few days before the formal inauguration of Rangayana, I received a call saying that my father was serious. I rushed to Mangaluru Hospital where my father was admitted. Just a day before the inauguration of the repertory, my brothers asked me to return to Mysuru for the inaugural event. Though I didn’t want to, my brothers forced me. A couple of days later, I received a letter stating that my father had passed away. I was not informed earlier as they wanted me to join the repertory. In fact, Karanth asked if I wanted to return to my native, for which I said though I have lost my father I have found a new father in you and continued to work in the repertory. 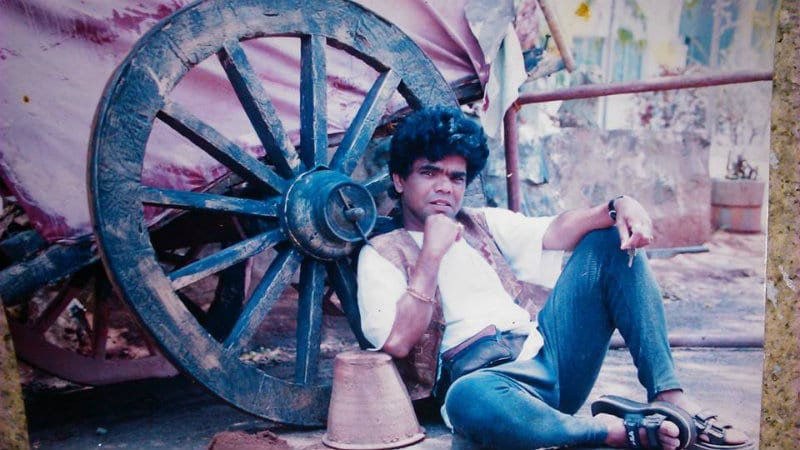 SOM: Tell us something about your amateur theatre group GPIER.

Mime Ramesh: It was in 1994 that I started GPIER (Gesture, Posture, Imagination, Express and Rhythm), an amateur theatre group to popularise theatre activity among youngsters. We used to practise in Rangayana and our first production was the Mime Show, a first in Mysuru. Later, the group expanded with lot of youngsters joining in. Till date we have done many shows and I myself have directed more than 50 plays and a number of mime shows. In fact, GPIER has provided a platform for many youngsters to direct plays and bring out their creativity on stage.

SOM: What are your retirement plans?

Mime Ramesh: There is no retirement for an artiste. I will be retiring only from the government job but will continue to serve theatre till my last breath. I also plan to direct movies which are still in its early stages. People are talking about the possibility of me being appointed as the Director of one of the Rangayanas that is coming up in Karavali region. But the final decision is left to the State Government. 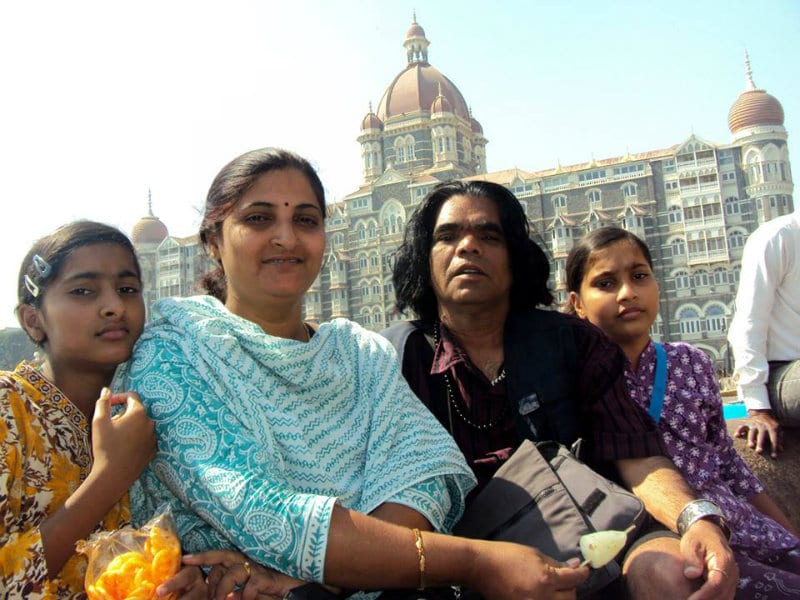 Mime Ramesh with his family

SOM: Your marriage story seems to fascinate everyone. Is it?

Mime Ramesh: My marriage was no less than a fairy tale. Renuka was my student in GPIER. It was Rangayana Raghu, Krishna Kumar Narnakaje and Shubha Urs who forced me to enter into wedlock. Rajesh Talkad, who had taken the responsibility of scouting a partner for me, approached Renuka and asked if she was interested in me. I was fortunate enough that she agreed to lead her life with me. Initially, I felt she would never agree because of the age difference. Again, it was my friends, who arranged my wedding at Bhoomigeeta, a first-of-its-kind in Rangayana and they never let me spend a rupee. I am ever grateful to them.