Home » Feature Articles » A master who excelled in shuttle badminton 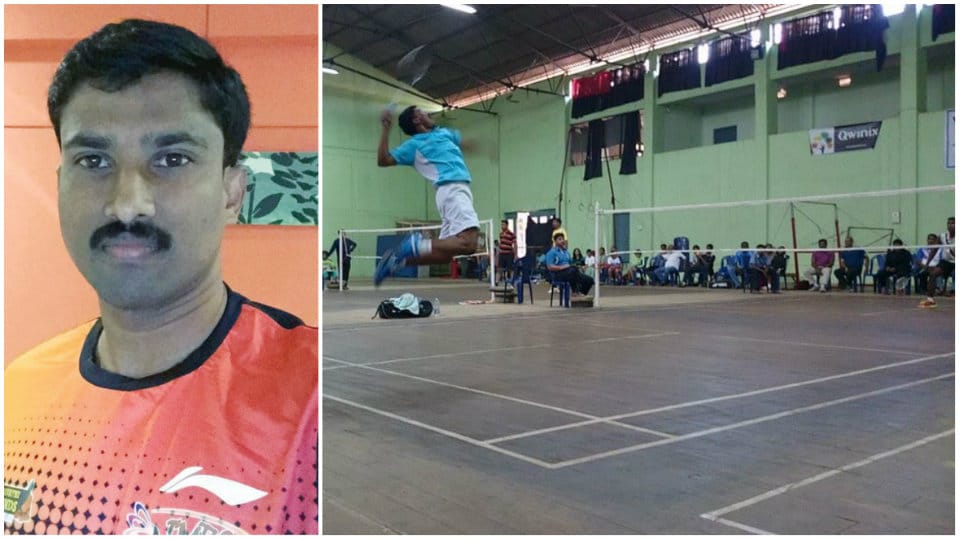 A master who excelled in shuttle badminton

Having been an athlete throughout as a student and representing the State while at school, the sportsperson we are talking about has not given up his zeal to achieve great heights in sports even after completing his studies and settling down in life.

Sunil Gladson, an ace athlete who was a treat to watch while he ran the 100 mts and 200 mts sprint during his college days, has now taken to shuttle badminton to pursue his dream of competing at international level.

Hailing from a remote village in Kollegal taluk, Sunil completed his graduation from Yuvaraja’s College and M.Sc, M.Ed from University of Mysore. During his school days, Sunil had represented the State Kho Kho team displaying his inclination towards various sporting events.

It was during his under-graduation in Mysuru that Sunil got interested in shuttle badminton and scaled the success ladder surpassing his contemporaries. He first started playing at the Chamundi Club and his professional career as a shuttle badminton player began during 2007. In fact, he rose to fame when defeated India No. 3 K. Dinesh and followed it by overcoming yet another top ranked player J. James, both from Andhra Pradesh at Senior National Championship.

“I never played badminton during my school and PU days. It was my friends – Srivatsa, Praveen and Mallesh – who encouraged me to take up shuttle badminton while I was pursuing my under-graduation in Mysuru”, said Sunil Gladson.

It was after witnessing Sunil’s performance at the senior national championship that one of the companies came forward to sponsor him with racquets and shuttlecock.

Even after crossing the age limit to compete in the main tournaments, Sunil has continued his passion for shuttle badminton representing the country in the master’s tournaments held at the national and international level. Recently, he represented the country in the World Master’s Badminton Championship held at Cochin and lost in pre-quarter finals.

He has also the credit of being the first male shuttle badminton player from Mysuru to represent the country in International Master’s Badminton Tournament. Sunil had emerged runner-up in the National Level Tournament held at Coimbatore in 2015.

Currently, he works as teacher in one of the Government High Schools in Kollegal Taluk, Chamarajanagar. He makes time to conduct coaching classes at city’s Ace Badminton Academy between 5 am and 6 am and again from 7.30 pm to 9.30 pm.

Sunil credits his parents Varadaraj, a sericulturist and Jasmine Florence, a retired teacher, his wife J. Prathiba, also a teacher and his daughter Anika Gladson, for his success.

His next focus would be to do well in the Indian Master’s League-2017 to be held at Panchakula in Haryana during November.