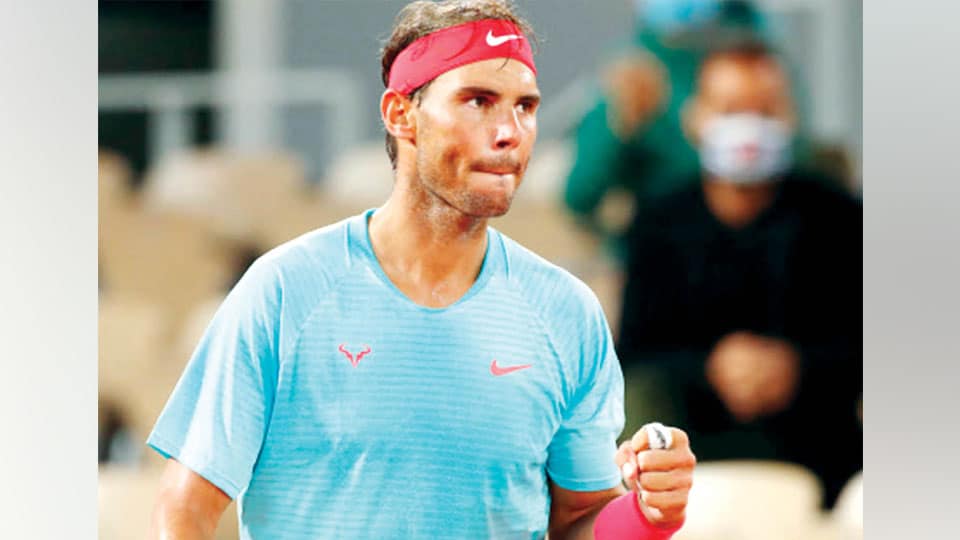 The 20-year-old Korda beat Pedro Martinez in straight sets to become the first man outside the top 200 to make the last 16 in Paris since France’s Arnaud di Pasquale in 2002.

Hugo Gaston, the lone Frenchman left in the draw, quickly became the second such lowly-ranked man in the fourth round when the world number 239 shocked 2015 champion Stan Wawrinka 2-6, 6-3, 6-3, 4-6, 6-0 in a rain-interrupted tie.

Gaston, 20, next faces Austrian third seed Dominic Thiem, the runner-up to Nadal in Paris the past two years, who broke down early resistance from Norway’s Casper Ruud to secure an impressive 6-4, 6-3, 6-1 victory.

Halep meets another 19-year-old opponent, Poland’s Iga Swiatek, for a place in the quarter-finals. She dropped just one game when the pair met here in the last 16 a year ago.