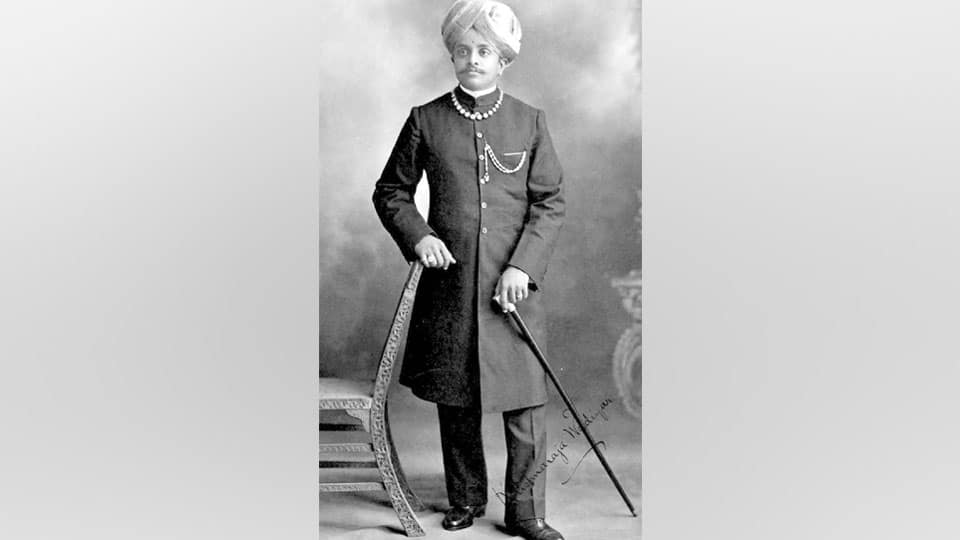 Nalwadi’s speech at Dasara Expo in 1907

Here is the excerpts of the speech that Nalwadi Krishnaraja Wadiyar delivered during the opening of the Dasara Exhibition on Oct.5, 1907.

It is with the utmost satisfaction that I find myself today in the position of presiding at the opening of this Exhibition. The President of the Executive Committee, in the address to which we have listened with interest, has recalled the fact that nineteen years ago, my father, of revered memory, presided at the opening of a similar exhibition in Mysore, and has reminded us of the heartfelt interest that he took in the undertaking. For some years past, it has been my earnest desire to see the Dasara Exhibition revived and placed, if possible, on a permanent footing and it was, therefore, with peculiar satisfaction that I sanctioned the proposals which have resulted in what we see around us today.

Our objects and hopes have been very clearly explained by the President in his address and I need to add a little to what he has said. It is not to be expected that exhibitions of this kind should have an immediate or revolutionary influence on the agriculture and industries of the country. But they offer to all classes an opportunity of seeing what their neighbours are producing; to craftsmen they are of especial use in indicating the directions in which their skill may be most usefully directed, whilst distributors may learn from them of new markets on the one hand, and on the other, of new sources of supply. Whatever disappointments may be in store for us, I have no doubt whatever of their educative value and of their far-reaching influence in the cause of progress. I attach great importance to the policy that we propose to follow of holding these exhibitions annually.

Experience shows that, when they are held at long intervals, the lessons learnt from the successes or failures of one year are forgotten when the opportunity of profiting by them next occurs. Exhibitors are apt to remember their disappointments and the trouble and expense incurred rather than the benefits gained, and the result is, inexperience on the part of the executive and misdirected energy or apathy on that of exhibitors. It is our hope that an annual exhibition will produce continuity of effort and steady progress on both sides.

While I and my Government appreciate the utility of exhibitions, we recognise the need for continuous effort in other directions. It is with a view to meet this need that, to mention a few instances, a scientific Agricultural Department has been gradually equipped, that Technical Schools have been instituted at convenient centres, that a Veterinary Department is in process of formation, that the Geological and Forest Departments have for years been taking stock of the resources of the State and, last but not least, that efforts are being made to organise industrial and agricultural capital.

Though this last subject may not seem at first sight immediately connected with the Exhibition, I make no apology for drawing your attention to the existence of the Co-operative Societies Regulation and of a highly qualified officer, specially deputed to advise and assist those who desire to take advantage of its provisions.

Under the co-operative system, any local body of craftsmen or agriculturists, however poor and however limited in numbers, has the means of acquiring gradually, and from small beginnings, sufficient capital to provide for immediate needs and for future progress, and I would urge on all educated and enlightened men, whether immediately concerned or not, with agriculture, crafts or commerce, the duty of promoting these societies to the extent of their ability. Apart from the material return, which is their immediate object, such societies have, in every country where they have taken root, proved great moral educators and promoters of mutual confidence, self-reliance and honest enterprise. The Government has given the facilities and it is for you to take advantage of them.

Before I conclude, I desire to express our gratitude to the various Governments and Administrations headed by the Supreme Government, as well as to the Agricultural and other Departments under their control and, no less, to the Madras and Southern Mahratta Railways, for their prompt and generous co-operation in our efforts to make the Exhibition a success. It is a most welcome and encouraging manifestation of the attitude of the Paramount Power towards indigenous enterprise and I do not doubt that I express the sentiments of my people in acknowledging it, as I now do, in a spirit of goodwill as hearty as that which inspired it.

It only remains for me now to declare the Exhibition open and to express my earnest hope that, growing yearly in usefulness, it may contribute, in ever-increasing measure, to the advancement of my people along the path of true and wholesome prosperity.

This is a letter written by Horticulturist G.H. Krumbiegel (who designed the Brindavan Gardens) in 1909 to all the Planters in South India to participate in the Dasara Exhibition. This original letter was shared with Star of Mysore by his great grand-daughter Alyia Phelps Gardiner Krumbiegel, who heads the GHK Foundation. 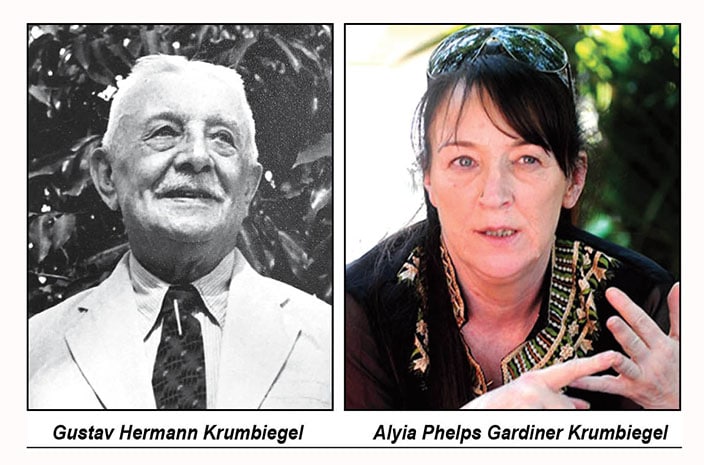 Mr. G. H. Krumbiegel, Superintendent, Mysore Government Botanic Gardens, desires that the attention of all Planters in Southern India be invited to the coming Dasara Exhibition at Mysore City. The following is a circular letter intended for every such Planter:

Having been appointed President of the Dasara Exhibition Committee, I should greatly esteem it, if you would favour the coming Exhibition with your patronage.

I noticed at the last Exhibition, Plantation produce was very poorly or not at all represented.

Most probably the cause for this lies in the fact that by the time the prospectus is issued, Planters have disposed of their produce and for this reason I take the liberty to address you now.

I think, before looking to the extension of the scope of the Exhibition, it is very desirable that we should make a really representative show of the Agricultural, Plantation and Industrial products of the Province and adjoining districts.

You would greatly help this cause by very kindly preparing, as opportunity arises, a complete and representative Exhibit in Rubber, Coffee, Tea, Cardamom, Pepper, Fibres, etc., or other products you may be growing.

Also the exhibiting of any machinery used in the preparation and the mode of packing for export, etc., of your particular products would be of greatest interest.

Should it be inconvenient to you to keep the exhibits with you till the Dasara, I shall be glad to receive them now, take care of them and arrange to stage them at the Exhibition.