Home » Feature Articles » Musings on Dasara Exhibitions down the ages… 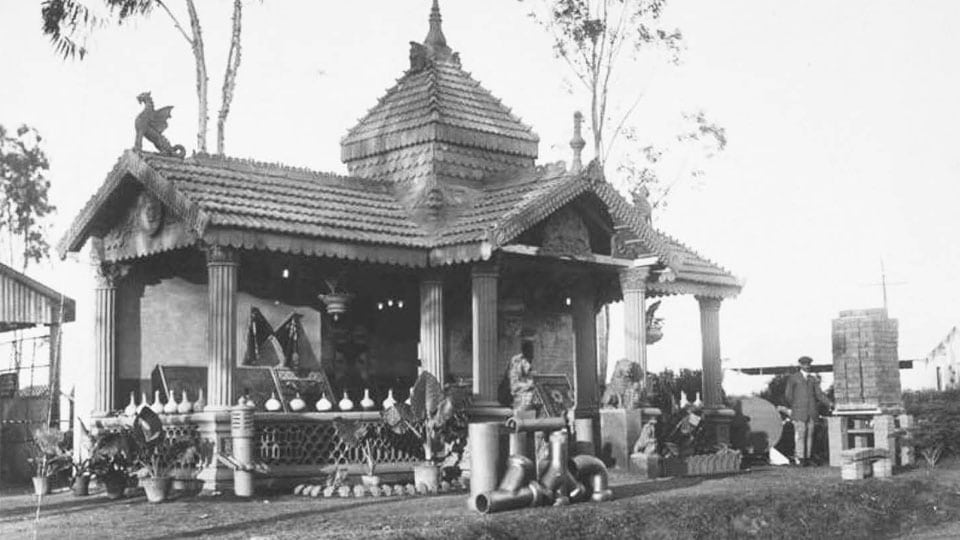 Musings on Dasara Exhibitions down the ages…

Every year, Dasara Exhibition is held as part of the  Nada Habba. However, sadly, the preparations are never on time. There is hardly a year when the Expo has opened along with the commencement of the ten-day Dasara festivities. This has been happening in spite of the fact that a separate Karnataka Exhibition Authority (KEA) has been set up. This shows the utter lack of planning as the visitors are greeted with empty stalls even after the Dasara celebrations are over.

Everyone wonders why the Ministers and the bureaucrats concerned in charge of the Dasara Exhibition do not follow the model left behind by the erstwhile Mysore Royal Family. R. Raja Chandra, the son-in-law of late Jayachamarajendra Wadiyar, the last ruler of Mysore, has gone down the memory lane digging into the history when the Dasara Exhibition was first held in 1888 and how it transformed over the years. Now read on…

In October 1888 during the Dasara festivities, an Agricultural and Industrial Exhibition was held for the first time in Mysore and was opened by the Maharaja Chamarajendra Wadiyar on the 16th of the same month. The Exhibition was held in the Gordon Park (present University of Mysore Athletic Tracks), a prominent site having been selected midway between the New Public Offices (DC Office) and the Oriental Library (Oriental Research Institute – ORI). However, there has not been much information about such an event held during subsequent years. 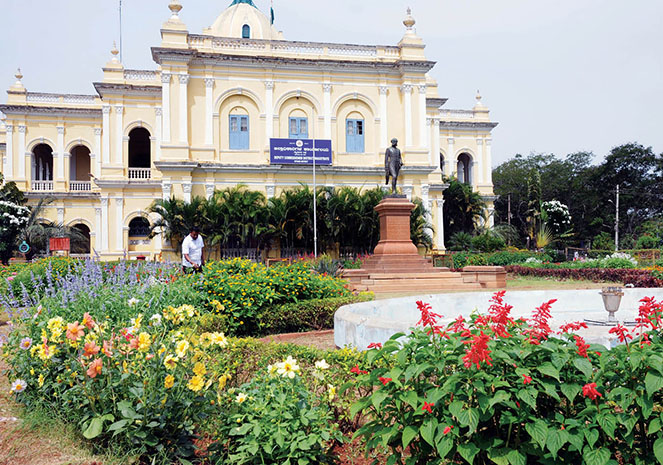 Gordon Park in front of Deputy Commissioner’s Office, Mysuru. The statue of Sir James Gordon, the British administrator who was the guardian of Maharaja Chamaraja Wadiyar, stands tall in the park called as Gordon Park.

In January 1903, Maharaja Nalwadi Krishnaraja Wadiyar attended the Delhi Durbar. There was an exhibition in Delhi and Mysore participated in it and its sandalwood and rosewood work drew appreciation from the Viceroy.

READ ALSO  No change in Dasara Logo; website to be redesigned

Again in December 1903, the Maharaja was invited to inaugurate the Madras Industrial and Arts Exhibition where he gave an eloquent speech on the history and importance of Exhibitions. Mysore also participated in this Exhibition.

In January and February 1906, the Prince and Princess of Wales (subsequently known as George V and Queen Mary) paid a visit to the State. To afford the august visitors an opportunity to see the products of the arts and industries of the State and its resources as well, an Industrial and Agricultural Exhibition was held at Mysore. Their Royal Highnesses paid a visit to it and evinced considerable interest in the exhibits. These events paved the way for the revival of Exhibition in Mysore.

In 1907, the Industrial and Agricultural Exhibition commenced during the period of the Dasara festivities at Mysore where agricultural and industrial products of the State and of places outside the State were exhibited and the use of the machinery and implements connected therewith were demonstrated and explained. The first Exhibition was held on October 5, 1907. This was held at the extant Fire Station area of Saraswathipuram.

The Maharaja inaugurating the next exhibition on 11.10.1908 said: As regards the desirability of holding the Exhibition every year, the President of the Committee has given good reasons for such a course, which is also in accordance with my own desires. I do not regard the question of expense as a very serious matter and I believe the outlay incurred to be justified by the results obtained. I sincerely hope that it will be practicable to continue the Exhibition as an annual institution and that it will grow yearly in usefulness and in the extent of its economic and educative influence. Tile-work products at the Industrial Exhibition in Mysore (1912).

But due to War effects, Dasara Exhibition seems to have been discontinued for eight years from 1919 to 1927. However, in April 1924, there was an exhibition in London of the resources of all parts of the British Empire. The Mysore Government participated in this exhibition in a manner befitting the importance of the State and its varied resources. A special Mysore court was established with a floor space of about 1,200 square feet occupying a prominent position in the Indian pavilion.

S.G. Sastry, who was at this time the Industrial Chemist to the Department, was placed in charge of this court. The exhibits from Mysore won the appreciation of all the visitors to the Mysore court and the opportunity afforded by the exhibition was utilised for finding new markets for the surplus products of the State.

The Dasara Exhibition at Mysore was re-opened in 1927 after an interval of 8 years and has continued to be held regularly from that year. But the venue was shifted to a ground next to Medical College which was then known as Horse Lines and from 1927 was reserved for Annual Exhibition.

By 1936, a new attractive building was added which presently belongs to Mysore Medical College. Even Mysore Akashavani functioned from this building for a few years.

As the Mysore Dasara Exhibition grew steadily in its scope and usefulness in all directions, especially with sphere, the space became a constraint. Thus the nearby Jakkarayana Kere (JK) Grounds was also added in 1949.

But around 1977 both the Exhibition Buildings and JK Grounds were handed over to Mysore Medical College and for the first time in 1977, the Exhibition was held at extant Dodda Kere Maidan.