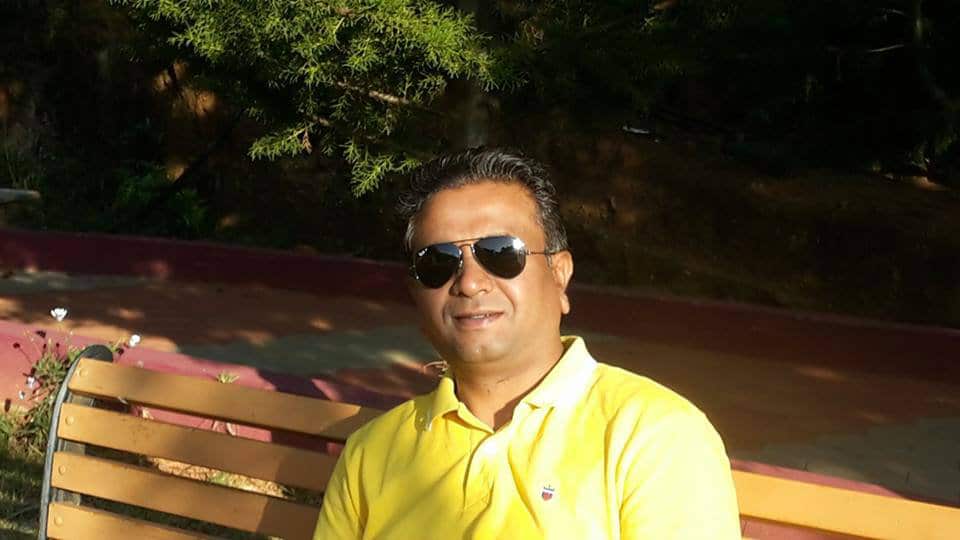 S.P. Raghu of Mysuru worked as one of the top executives for an India-based Pharmaceutical MNC in Congo before deciding to pursue his passion of directing movies.  A native of Sanenahalli in Tiptur Taluk, Tumakaru District, Raghu completed his schooling and college at Arasikere and Tiptur. Later, after completing his M.Com from KSOU, he joined a logistics company before moving to the pharmaceutical industry.  There he was posted to Congo and was in-charge of looking after the company’s affairs at four different nations.

Raghu’s passion for movie-making motivated him to write the story for the movie ‘Pallata’ during his free time in Congo. Once the screenplay was ready, he resigned his job and settled in Mysuru.

‘Pallata,’ his directorial debut movie, received critical acclaim and was screened at Delhi International Film Festival and Bengaluru International Film Festival (BIFFes). The movie was also adjudged as the second best film in Kannada category at BIFFes. Akshatha Pandavapura too receiving the Best Supporting Actress award for the same movie at the State Film Awards this year is another feather in Pallata’s cap.

“To have hands-on experience about direction, I directed a play for an NGO in city which was well-received. Later, I started scouting for actors and technicians and Mysuru being a place rich in talents I was able to get what I needed and the film ‘Pallata’ was shot successfully,” said Raghu.

The specialty of ‘Pallata’ is that the entire movie was shot at Raghu’s native in Sanenahalli. The crew of the movie was welcomed with open arms by the villagers who took good care of them during their stay.  The movie, which received critical acclaims, also attracted many audience at the film festivals which prompted the Department of Information and Public Relations to screen the same during ‘Belli Maatu – Belli Cinema’ event that was organised to take Indie movies to the audience.  Now, Raghu is ready with another script in which women play the protagonist.